View the rubble of the toga-clad empire, the cathedrals of high Christianity, and the art of the Renaissance in Rome.

From Naples, home to the world’s best pizza and pickpockets, daytrip to Pompeiiand check out lifelike Roman remains buried in AD 79. Then escape to the sensuous paradise of Capri.

Hop off the boot Brindisi, from which overnight ferries go to Greece (1 day). Get off at Corfu (1 day), beloved by literary luminary Oscar Wilde and partiers alike, or continue on to Patras.

Wrestle in Olympia before beginning your Pelopon nesian adventure with a survey of the ancient ruins in Napflion, Mycenre, and Epidavros.

Get initiated in the mysteries of love in equally ruinous Corinth (1 day, 540). On to chaotic Athens, a jumble of things ancient and -modern.

Succumb to your longing in the Cyclades: party all night long on Mykonos and repent the morning after at the Tempie of Apollo in Delos, before continuing on to the earthly paradise of San torini, Catch the ferry to Crete, where chic Irakiion and Knossos, home to the Minotaur, await. Base yourself in Rethymno or Hania and hike the Samaria Gorge. 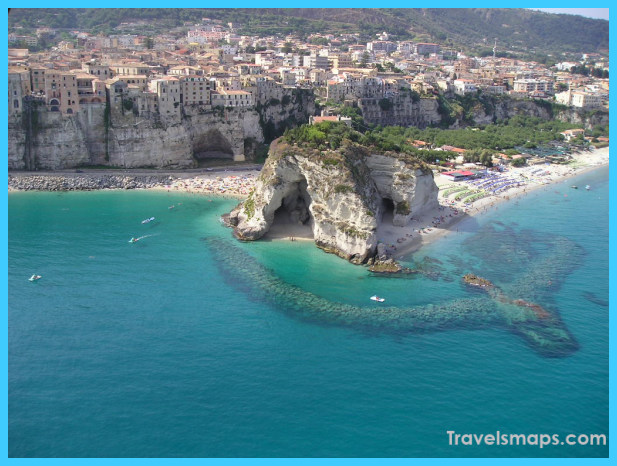 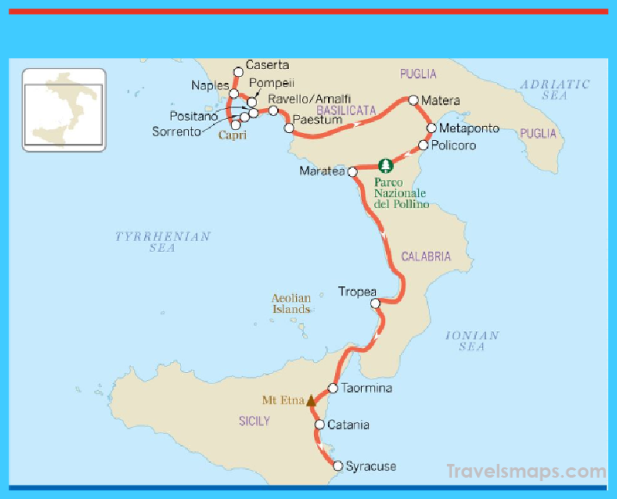