I could write thousands of words about drinking in Munich, but there are only five words that I personally think are fundamental: drink Augustiner Hell vom fass (or “on tap”). Even better: drink it vom holzfass—“from a wooden barrel.”

Augustiner Hell is one of my favorite world lagers for how the malt is so powerful, yet so restrained, and for how the hops are deeply tucked within the beer, giving their bitterness and flavor without ever being overt—it’s a lesson in balance and elegance, the kind of beer that can only be perfected after decades of dedicated brewing. It’s also a quintessential taste of a real German Helles.

To be properly understood, you need to drink it on tap and near where it’s brewed. When it comes from the wooden barrel—vom holzfass— there’s a softness to the body, which makes it incredibly easy drinking and also enhances the fine Germanhop aroma, easing the edges of bitterness and carbonation that a keg brings and giving it all a comforting roundness. After one gulp you’ll already be contemplating your second glass.

There are several Augustiner pubs in Munich. The original Augustiner Keller (Arnulfstraße 52, 80335 Munich), which is a short walk from the Hauptbahnhof railway station, is a favorite in the summer, while the cavernous Zum Augustiner (Neuhauserstraße 27, 80331 Munich) in the center of town is a must-visit bar (look out for the Beer Hall side, as well as the different restaurant spaces).

Munich is one of the world’s greatest beer cities. We all know that. And we all know that every beer-lover needs to go to Munich at least once in their lifetime to drink the different beers in the different beer halls and beer gardens, ticking off the “big six” Munich brewers. I want all of the other beers in Munich as well but, for me, Augustiner Hell is the one I want to drink first and the one I want to drink the most of.

Ask many beer geeks and they will tell you Augustiner make arguably the best Helles lager in the world. 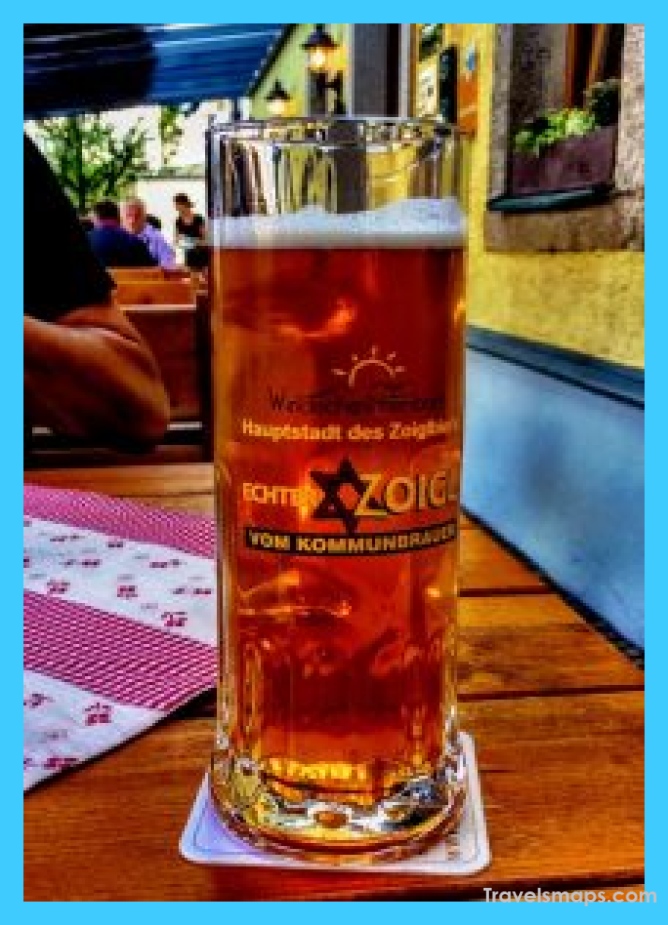 Visit To Genuine Zoiglbier Communal Brewing In The Oberpfalz

Visit To Munich’s Hofbrauhaus The Most Famous Pub In The World?