In the east of Bavaria, in the Oberpfalz or Upper Palatinate, which borders the Czech Republic, you’ll find five small towns that are joined in one unique way: they each have a community brewhouse (Kommunbrauhaus), where a few citizens have brewing rights. Those citizens make beer and sell it in small bars (called Zoiglstub’n), which they open in or near their homes. The beer is Zoiglbier.

Zoigl continues a 600-year-old tradition whereby towns and citizens are given brewing rights and share a brewhouse, making beer for themselves or selling it to other non-brewing citizens. Neuhaus was granted rights to brew in 1415, with six brewers remaining there today, while Eslarn, which has one brewer, is the most recent to get brewing rights—that happened back in 1522. There’s also Falkenberg, which has two brewers, while Mitterteich has three and Windischeschenbach has seven brewing families. The brewers, who also typically have regular day jobs, pay kesselgeld or “kettle money” each time they use the brewhouse and then sell their beers (for around €2 for 18 oz/500ml). You can only get genuine Zoigl in the Zoiglstub’n run by the brewers, as they aren’t sold anywhere else.

It’s a unique story in the beer world: a small pocket of Germany where this system still exists and thrives. Also unique is how the beers are made: all the brewhouses are wood-fired, except in Mitterteich where they are heated by coal; the beer recipes have been passed down through the generations and use local barley and hops; once brewed, the liquid transfers to large, open cooling trays where the temperature drops overnight, before the brewers collect the liquid and take it back to their homes to be fermented and conditioned until it’s ready for serving. All the locals will have their zoigltermine, which is a calendar that says which Zoiglstub’n are open each weekend.

Traditional Zoigl is a bottom-fermented beer that’s unfiltered and unpasteurized. Because of the processes used, and with each of the brewers having their own recipes, every Zoigl is different. However, there are similarities: it will be a hazy, copper-colored beer; it will have a toasty, full, and sometimes sweet malt flavor (a richness of malt typical of the lagers in this part of Germany); there will be a spicy, grassy hop quality, which might be gentle or very bitter; and they’ll often have a rough edge from the fermentation, a hint of fruity-floral esters, or even buttery diacetyl. But Zoigl is far more than just the liquid: Zoigl is a community experience and one you can only get in the five Zoigl towns.

A night spent in Windischeschenbach and Neuhaus, which are neighboring villages, was one of the most fun drinking evenings of my life. Two Zoiglstub’n are open year-round in Windischeschenbach: Oberpfälzer Hof (Hauptstraße 1, 92670) and Zum Weißen Schwanen (Brunnenstraße 4, 56338), making this the best place to guarantee drinking Zoigl. Over in Neuhaus we drank in Lingl-Zoigl (Burgstraße 1, 92670)—the beer was pretty bad when we went, but the place was busy, warm, and welcoming. Back in Windisheschenbach we walked past the communal brewery, a yellow building in the center of town, before finishing in Fiedlschneider (Stadtplatz 15, 92670), a small, cozy bar packed with people. The beer was great, the service was friendly, the beer snacks were delicious, and we talked to people all around us. As others arrived and departed, they addressed the whole room, saying hello and goodbye to everyone. It’s unlike anywhere else I’ve drunk beer before and that’s what makes Zoigl such a wonderful experience. It is a community drink; it maintains centuries-old traditions; it’s something to share with others; and the beers are unique in their varying tastes. Go and drink Zoigl at least once in your life.

All the information you need about Zoigl is on the official website: visit www.zoiglbier.de.

WHAT: Zoiglbier, a bottom-fermented beer unique to the Oberpfalz region of Bavaria

HOW: Nüremburg is the nearest airport to Oberpfalz, then look for the sign (see right).

WHERE: Visit the towns of Eslarn, Falkenberg, Mitterteich, Neuhaus, and Windischeschenbach, Germany 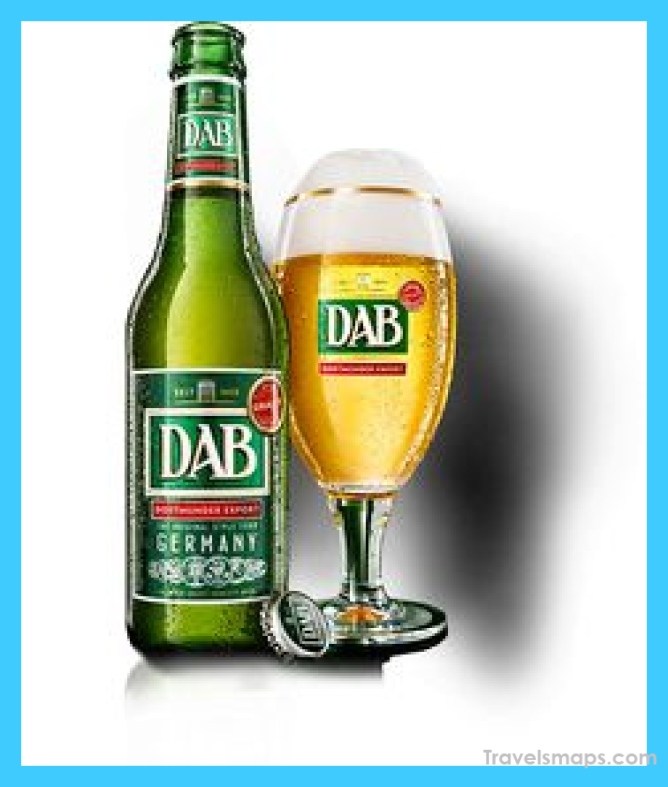 Visit To Munich’s Hofbrauhaus The Most Famous Pub In The World?