I always had a thing for the wild. Picturing myself somewhere in the savannah right deep in the Sub-Saharan Africa, where I’ve heard lots of tales about the jungle and the wild. I did have plenty of documentaries right at my apartment. Every day after work, I would settle down for an episode of my favorite one, Wild Cats before I retired to bed. The game hunt especially really fascinated me So when a friend of mine, Jasper came across a pocket-friendly traveling package courtesy of a local traveling agency right here in Stockholm, we did put together our savings together and voila! We were right in Africa.

We landed at the Jomo Kenyatta International Airport. Kenya was our destination. We were picked at the airport by a tour van that ferried us to the Maasai Mara reserve. It was about a 6-hour drive through some rough terrain. The scorching sun gave the savannah its right climatical look, spreading over vast empty lands along our way. We arrived around 6.30pm in the evening, worn out as hell. We checked in at the Sarova Mara Game Camp. Pretty awesome place if you ask me especially for those who love camping. The May period typically has reduced accommodation prices, a plus for us.

Now, I don’t think I’ve ever woken up to such a beautiful sight in my life. The rolling plains around the Camp are teeming with wildebeest, gazelles and zebras grazing gracefully in the morning hours when the grass is fresh and greener. The air in the morning just smells refreshing and pure; you can’t help but suck it all in. Breakfast in the open is just but a breathtaking experience. Just a few meters, a buffalo with its calf pass by, probably looking forward to a productive day. Just magnificent. We are scheduled for an afternoon game drive right deep in the jungle. The endless plains of East Africa are the setting for the world’s greatest wildlife spectacle. These large cats were busy basking in the hot sun. Plenty of cheetahs on top of trees seeking shade. Don’t think I’ve ever been this close to these cats, let alone seen one.

The big five as they are referred to (Lion, Elephant, Buffalo, Leopard, and Rhino) are plenty around here. We get close to a pride of lions (about 8 of them). We are quite shaken especially Jason (couldn’t help but laugh at his horrid look), but we are told to keep still. I think am changing careers to a tour guide if this is the life.

Every day here is a new experience. Today, we are visiting and experiencing the culture around here. The Maasai tribe as they are known is the most common around here. We visit a neighboring village, just about a kilometer or two from the camp. These people are loyal to their culture right from the dressing. They are all dressed in red cloaks (apparently y known as shukas) and sandals cut out of rubber tires. The women have bead necklaces of mixed colors which I learn they make themselves. We are welcomed with traditional songs which we danced to as we enter the village. They smeared some red ochre on our faces. We look hilarious. We are then draped in the shukas and given a necklace each as we enter the village.

Martin, our tour guide does the translation for us as we greet the elders. Apparently, their way of greeting is touching our foreheads and we in turn bow. They soon serve us blood from the goat they had slaughtered from us. Yes, real blood. I think that taste will take time before it fades off. Martin narrates to us their way of culture which is quite interesting; I just had to take notes. The rite of passage for boys is killing a lion. I repeat people, a real lion. I can barely stand 100 meters from the big cat, and a boy is supposed to kill it. Hahathis is Africa. We had lunch of juicy roasted goat meat. Before we left, we bought curios which they made it themselves. Nothing but pure art and skill.

Back at the camp, we had crocodile and gazelle meat for supper before heading to bed. Tasty!

Today is our last day of the tour. Our destination was the venue for the 7th wonder of the world; the migration of the wild beast from the vast Serengeti plains in the neighboring country Tanzania to the champagne colored hills of Kenya’s Maasai Mara. The Mara River where they cross is a death bed infested with huge crocodiles lying in water waiting for the wild beasts. However, the migration takes place around July to our dismay. The river is quite deep. Crocodiles lie on the bank, basking lazily. Those things are just huge. Martin tells us though not to be fooled by their sizes; they can chase you down in no time. Those jaws are just scary.

In the evening, we had a spa and sauna bath at the camp. I didn’t even know they offered these here. So relaxing and fulfilling. I had a lengthy discussion with one of the fitness experts at the place. I opened up to him my weight challenges that I was battling with, trying to hit the gym now and then to try and cut some weight. He enlightens me about HCG weight loss strategy that ensures weight loss with no gym sessions needed. Believe me; I was more than curious. He suggested to me a HCG drops diet that involved foods with low-calorie count (about 500). I think I now have the ultimate solution to my weight problems. Yippee!

It’s back to Stockholm now. Full of memories and pictures. I’m pretty sure July I’ll be back in Kenya. I have to be right in the middle of the action as the migration unfolds. We are back in Nairobi to catch our flight back to Stockholm. We are booked for a late flight. I think next time I am joining a filming crew as they make a documentary. 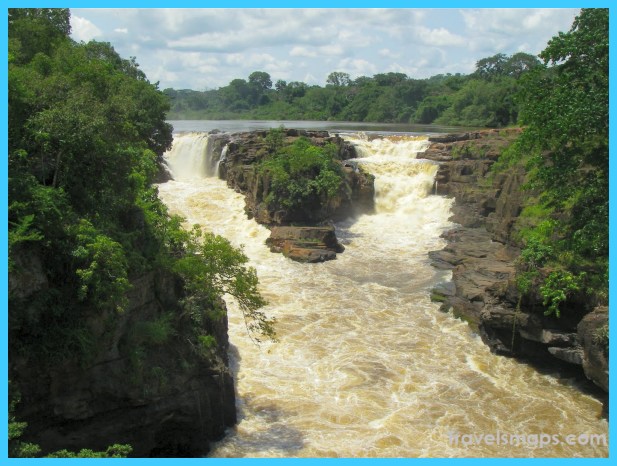 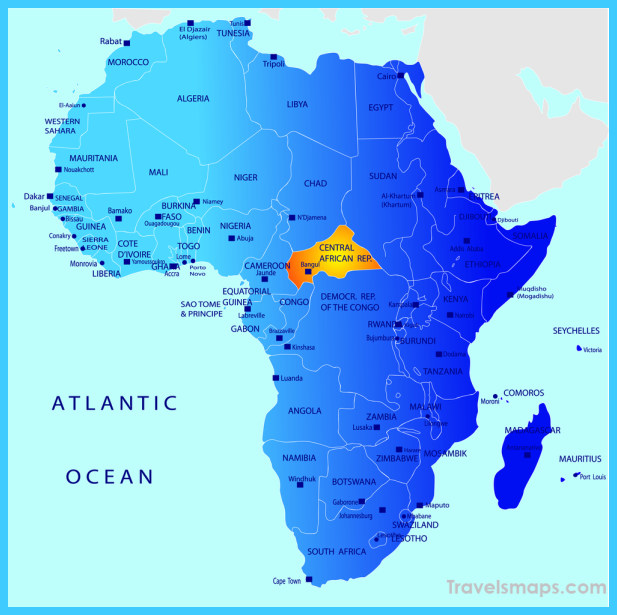 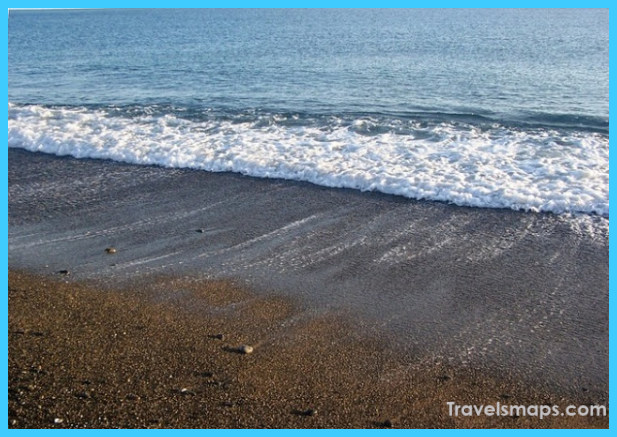 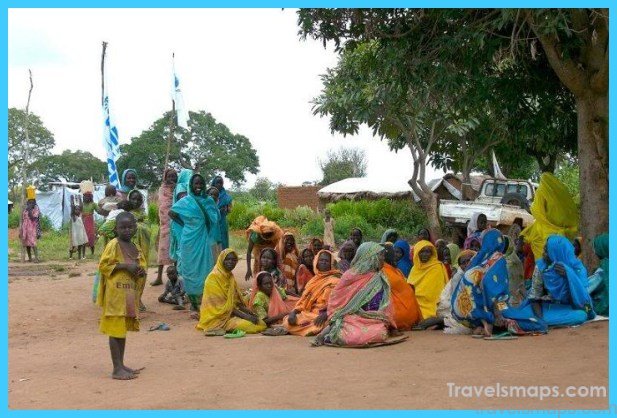