Berlin does not have the postcard Oktoberfest oompah of Bavaria. Instead, you go to Berlin for the best in modern German beer and food, and also to visit a fun, liberal city where craft beer has changed the drinking environment to create Germany’s most progressive and varied beer destination. Try out the following bars and brewpubs in this great city.

Visit Markthalle IX (Eisenbahnstraße 42-43, 10997 Berlin) for exceptional HeidenPeters beers with delicious street food. The beers change often, but you can rely on some great hop-forward brews—just check the limited opening hours before you go. Nearby is Hopfenreich, one of the best craft beer bars in town, and you’re also close to Burgermeister, a very good burger joint in a converted public restroom beneath the elevated Berlin U-bahn tracks.

Go to Stone Brewing World Bistro & Gardens (Im Marienpark 23, 12107 Berlin). It’s a vast, barely believable brewing and drinking space in the south of the city, and includes some gorgeous gardens. San Diego’s Stone Brewing (see post 49) make all of their famous Californian brews here, plus a few local specials. You’ll also find good guest beer and an Americanaccented menu with a few German inflections. They offer tours daily, but check the times before you go.

Drink at the city’s many brewpubs, where you can sip traditional Helles, Dunkel, Hefe, or Pils, or find the latest liquid beer trends. I’ve always loved Eschenbräu (Triftstraße 67, 13353 Berlin) for their straight-up lagers; nearby is Vagabund who brew big hoppy beers on a small-scale kit—their taproom is fun and has good guest beers on tap; Straßenbräu (Neue Bahnhofstraße 30, 10245 Berlin), in Friedrichshain, has a large range of beers in its busy, bare-bricks-and-blackboards taproom; and look out for BrewBaker’s (Sickingenstraße 9-13, 10553 Berlin) and their range of Berliner Weisses (though they don’t have a taproom).

Gloriously—and especially on a sunny day because Berlin is unbeatable on a sunny day—you can buy bottles of world-class lager from corner stores for €1 and drink them on the streets. There’s something liberating about that, especially if you’re heading to a park to sit and chill in the warm weather (because day-drinking is also fine in Berlin). 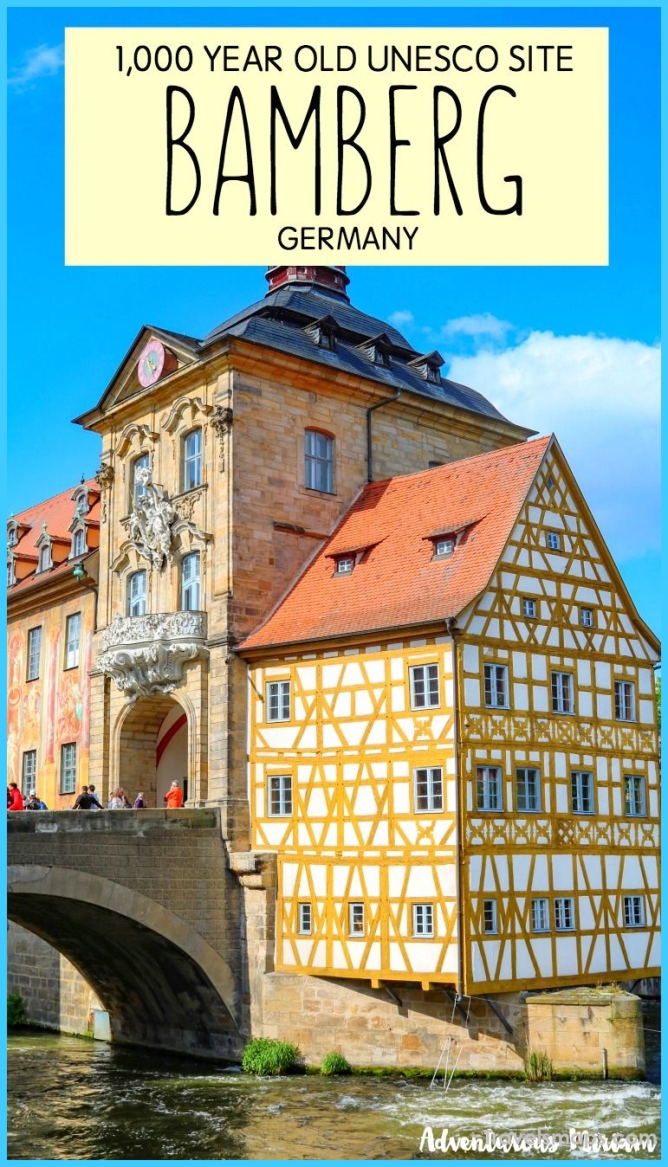