Home
Wedding
HAVE YOU EVER HAD A CRAZY YET POTENTIALLY GENIUS, BUSINESS IDEA AND FOUND YOURSELF WONDERING ‘WHAT IF’?

What if you pursued it? What if it changed your life? I had one of those ideas two years ago, after two friends asked me to be a bridesmaid on the same night.

I was 26, and living in an overpriced New York apartment where my tiny wardrobe held mostly bridesmaid dresses and my fridge was covered with save-the- dates. It seemed like everyone in my life had decided to get married all at once. Not me. I spent my precious time working as a copywriter for a tech start-up, climbing the career ladder to star of the creative department. At weekends, I was more likely to be dancing the cha-cha slide as a bridesmaid than going on dates. In just one year, I was a bridesmaid four times. That’s four polyester dresses, four male strippers twerking in my face on a hen do, and four times drying the bride’s tears before walking down the aisle.

HAVE YOU EVER HAD A CRAZY YET POTENTIALLY GENIUS, BUSINESS IDEA AND FOUND YOURSELF WONDERING ‘WHAT IF’? Photo Gallery

So, that Friday night, when I was asked to do it all again – twice – I flirted with a crazy idea of offering my bridesmaid

‘services’ out to strangers. ‘Why not?’ I thought, three glasses of wine later. ‘I’m good at this stuff. Why not get paid to help out other brides?’ I didn’t have the acumen or experience to know how to start a business, so I decided to test my idea on a website where you can find anything – old sofas, part-time gigs, and apartments: craigslist.com. In my ad, I told women that I’d be there for them when their real friends were too busy or far away. I said I’d do the ‘dirty work’ – hold their 18-layer dress when they needed to pee, dance with their drunken uncles or track down the best hen-party venue in town. I would be their human Xanax; their voice of reason; their wedding whisperer, using the tips I’d picked up from my own friends’ weddings.

The post got thousands of views and, within two days, I had more than 200 emails from brides all over the world. Some friends thought it was crazy, and maybe it was, but I gave it a go, working my first wedding in Minnesota for a bride who had fired her maid of honour a few months earlier. It was a success and, when she said I’d saved her day, I knew I was on to something. I quit my job, and ‘Bridesmaid For Hire’ – with services and virtual packages from $35 to $3,000 – was born.

I’ve now worked with more than 60 brides and worn dresses in every colour, fabric and length. I’ve pretended to be Jen Smith from Texas, Jen Chase from yoga and Jen Glass from school, so that the bride’s guests and family – even fiances – never had to know I was, in fact, a stranger. But to me, there’s nothing strange about it. I’ve met people from all over the world and had unforgettable experiences. Most importantly, I’ve learnt more about weddings, love and happiness over the past two years than I have throughout my entire life.

The mishap that taught me accidents willhappen

Newsflash: you can’t plan to have the perfect day, and weddings are no exception. Some things will always be out of your control: sick guests, thunderstorms, the best man’s speech. Almost every time I’ve been a bridesmaid, something has gone wrong (sometimes seriously wrong) – from a groom going MIA, to a stained wedding dress right before the ceremony. A stressed-out New York bride once asked if I would help two of the groomsmen move a small table with her ceiling-high wedding cake to the middle of the dancefloor. But as the three of us began moving the table, it broke beneath us and the cake went flying. The guys gasped, the bride screamed and I lunged forward to try and catch – yes, catch – it. Most of the cake splattered all Inside story

TAILOR-MAID: Jen’s worn pretty much every style of outfit imaginable, but has yet to find The One

Ft over my aubergine-coloured dress but, somehow, I managed to present the bride with one undamaged top tier. To my complete surprise, she burst out laughing and everyone cheered her reaction. That hiccup brought some much-needed realism to her day and she completely chilled out.

Perhaps, rather than obsessing about having an Insta-perfect wedding, it’s important to remember that the people around you are what really make the day memorable. Guests not getting a slice of coconut sponge with spiced rum buttercream isn’t going to make the day any less special, trust me.

2. The bridesmaid who was a lesson in how not to find love There are very few things I’m better at than catching a bouquet. I reckon I have a 91% success rate, even though I throw my hands up like I just don’t care because, honestly, I don’t. I’ve caught them more times than I can count on both hands, and you know what’s come from it? Nothing. I was not the ‘next’ girl to get married. And yes, some modern millennials still believe in this.

A fellow bridesmaid once pulled me into the toilets, begged me to skip trying to catch the bouquet and handed me a $20 bill. ‘Nice one,’ I thought, as I popped it in my purse, ‘that’s my cab fare home.’ I just wish she could have realised that bagging the bouquet wouldn’t lead to a proposal. It’s crazy how many people think love should simply fall into their laps. I understand that meeting someone – no, the right someone – can be hard and we often have to work at it. But having a few bad Tinder dates doesn’t mean the next swipe will be bad, too. Her bribe was a wake-up call to throw myself into dating again. We don’t know where we’ll land, but taking control and giving it a go is better than relying on some hand-tied peonies, right?

3. The bride who reminded me never to settle

Seeing so many couples vow to stay together, no matter whose waistline expands first, always sparks my curiosity. I can’t leave a wedding without asking every new Mr and Mrs how they knew they’d met The One. I once asked that question of a bride in a coffee shop 12 days before her wedding. ‘He’s not,’ she replied with sad eyes. ‘But he’s someone, and I’m ready to do this.’

I never thought my future husband would be perfect; I’m wise enough to understand that no one is. But I like to think I’d marry someone I’d never want to live without. Seeing how empty that bride looked made me realise that settling is the quickest way to heartache. Yes, being single can be lonely sometimes, but life is too short and too valuable to waste it with someone who, deep down, you know isn’t going to make you happy. There’s no sell-by date when it comes to finding a partner and, quite frankly, being true to yourself is far more important than any relationship status.

4. The pep talk that showed the importance of honesty

Some people get a case of cold feet before the big day, though they usually disappear once the ‘I do’s are said and done. But I’ve also worked with brides who, a month before the wedding – or even five minutes before the ceremony – pulled a Julia Roberts in Runaway Bride and called the whole thing off. At one wedding, all the guests were seated and I was handing out lip glosses to the other bridesmaids when the bride grabbed me by my wrists and pulled me into another room. ‘I don’t want to do this,’ she said, firmly. ‘I hate the groom and this is all wrong.’ I was gobsmacked. ‘You don’t have to,’ I said. ‘We can sneak out and get… pizza?’ Her maid of honour started banging on the door, shouting at me to ‘step away from the bride’ and for her to ‘just walk down the aisle’. I suggested the bride talk to the groom first. She did, and they agreed their relationship was over.

It can be difficult to face up to our feelings. I’ve seen clients get swept up with the excitement and romance, while pushing those ‘Is this really what I want?’ thoughts to the back of their mind. But that niggling feeling is often there for a reason. Having doubts yourself? Step back, take some time to figure out how you truly feel, but above all else, tell your partner. A strong relationship will be able to work through them. And if you don’t feel you can talk it out as a couple, well, there’s your answer.

5. The vows that spoke of true love After hearing so many couples say their personalised wedding vows, they do start to sound the same. ‘I can’t wait for our happy ever after.’ Those vows set an unrealistic tone for a perfect marriage which, just like a perfect wedding, doesn’t really exist.

I was recently bridesmaid at a Florida wedding where the bride and groom broke the vow norm and spoke about future rows over the washing-up or Netflix. It made everyone laugh, and made me cry. It’s what marriage is all about: finding someone to love, and love you back, through life’s hurdles. There should be excitement and fun, but it’s how you deal with tough times, how you get through the day-to-day, that matters. My job isn’t conventional, but when it teaches me these lessons, nothing else comes close. I can’t see myself tiring of a career which, despite the collapsing cakes, runaway brides and crazy requests, is ultimately filled with so much love. 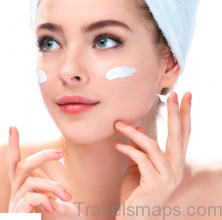 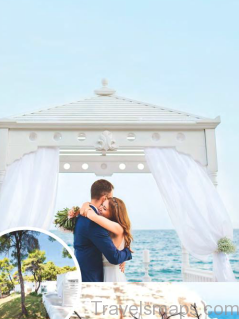 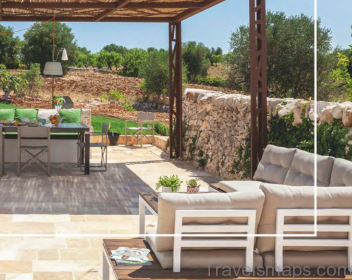 Are You Looking for an Affordable Maldives Honeymoon Package?