Home
Travel
How to See The Northern Lights in Norway

It is not an exaggeration to say that pictures alone does not do the northern lights justice. This phenomenon is someone you have just got to see with your very own eyes. The Northern lights or
Aurora Borealis, considered to be one of the seven natural wonders of the world is an exciting display of pulsating coloured lights that dazzles from the sky.

How to See The Northern Lights in Norway Photo Gallery

It is important to note though that the ephemeral nature of this displays means that you either see it or you don’t. This has not stopped thousands of star gazers and excited visitors from planning a visit to the north of Norway, just to catch a glimpse of this heavenly display.

There are very few necessities when planning for a northern light sighting trip, one of which is that you have to get further to north, and in the winter too, when the nights are rather cold and long. There are different countries in Europe you can visit to see the Aurora Borealis but the favourite for most people is Tromso in Norway though making your way north and knowing exactly where to go to watch for the northern lights may be a bit of a hassle to visitors. Luckily, there are companies and websites like aktivioslo.no that plan Northern Lights trips and other fun events which you can take advantage of.

Tips for seeing the northern lights

Go north, go dark – As already explained, the farther north you go, the more your chances of seeing the northern lights, and since Tromso is the northernmost of them, arriving at Tromso should be your first step. Even though there are a few places where you can see the northern lights in the day time, the best time to see it is when everywhere is completely dark so that the contrast can be well experienced. Once you are sure of the time the lights will show up, ensure that you turn off every artificial source of light.

Keep track of the lights.

There are tons of apps, services and alerts that let you know the most likely time to expect the lights. There are also several social media groups whose job is to be on the lookout for information concerning the northern lights. If you are using one of the travel services, they will definitely have some form of information about when the lightshow is likely to begin.

The northern lights require a bit of patience. It has a mind of its own and most times end up not showing up when expected. There are stories of people making two or more visits just so they can finally see the northern lights. So if they don’t appear on your first night out, don’t get discouraged, they may appear on the next. 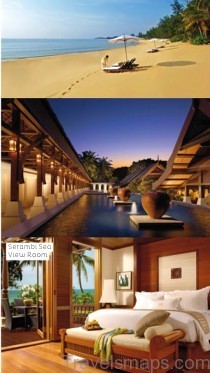 Lusting After an Eastern Adventure For Your Honeymoon? to Experience The Very Best That Malaysia Has to Offer Let Turquoise be Your Guide

Amazing Reasons to Catch Hobart before the World!!!