If you’re first-time safari-goers (and the thought of being up close and personal with a game makes you a tad jittery), this is the camp for you. For starters, there’s not a tent flap or zip in sight. Instead, you’ll find 14 sleek suites: robust, contemporary cocoons done out in soothing greys and creams with great glass doors, thick, latte-coloured floorboards and sturdy white walls finishing off the polished look.

The camp itself is even fenced off (unlike many neighbouring properties that are totally open to the animals), so that noise on the roof at night? It’s more likely to be a monkey than a leopard. There are clever nods to the nature surrounding you, though, from the African art to the pebbles picked from the Mara River integrated into the slick, slate double shower.


The gong-worthy design extends to all communal areas, too; kick back at the bar with its cool cork stools and marvel at the trunk of the astonishing Greenheart that flourishes like some fantastical wishing tree Prepare to go full Attenborough at this small slice of paradise in south Tanzania’s Ruaha National Park, because the lesser-visited safari spot is home to some of the most fascinating wild critters around – from cute rock hyraxes that clamber around camp to willowy giraffes that sweep supermodel-like across the surrounding wildflower-strewn plains.

The Insta-friendly infinity pool is a prime place for elephant spotting with an icy G&T in hand, while traditional African Rungu massages at the single-room spa come with lashings of baobab oil and the chatter of birdsong drifting on the breeze. Adventure-mooners will adore walking or night-time safaris with Jabali’s impeccable guides, as well as pulse-raising big cat drives. The off-the-beaten-track park (ie perfect for seasoned safari-goers) is home to almost 10% of the world’s remaining population of lions, but receives only a fraction of visitors compared to the busy Serengeti, meaning it can sometimes feel like you’re the only souls on safari.

Private poolside dinners (we gobbled up tender beef steak washed down with Stellenbosch Chardonnay) come with twinkling lanterns, the hoot of distant hyenas and shooting stars tearing across the African sky. through the centre of the structure. The food could do with a little sprucing up creativity-wise, but you won’t go hungry – charming head chef Big John will see to that.

And what the place may lack in culinary refinement, it more than makes up for with the service; in particular the guides (ask for the brilliant Joseph), which is the real reason you’re here anyway – to witness the Masai Mara come alive on game drives. Wildlife is supremely concentrated in this famous reserve, so you’re unlikely to go more than two minutes without seeing an animal (we know, we tested that theory!).

If you ask Joseph nicely enough, he might even drive you all the way out to the border of the Masai Mara, where the landscape melts seamlessly into the Tanzanian Serengeti. It’s like standing on the edge of the world.

Abercrombie & Kent (abercrombiekent.co.uk) offers three nights at Sanctuary Olonana from £1,780 per person, all inclusive, based on two sharing. Includes transfers and guiding. 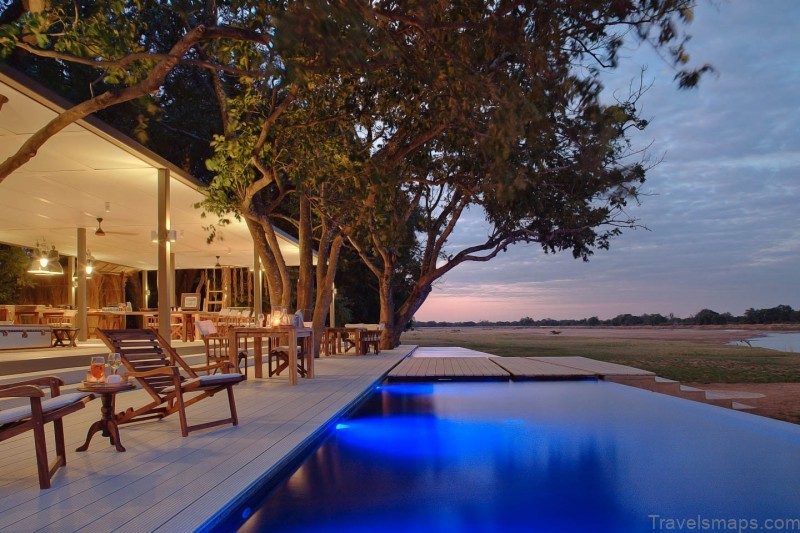