At first blush it may seem incongruous that the small far-eastern community of Baker City would spawn an award-winning film festival, but upon further examination such surprise is short lived for Baker City, today home to the historic Eltrym Theater, was an early proponent of the performing arts. By 1884 the Oregon Short Line Railroad arrived in Baker City, and by 1900 this scenic community with the commanding views of the Elkhorn Range was the largest city on the rail line between Salt Lake City and Portland. Money—from mining and ranching and other pursuits—flowed freely, engendering an upper class eager to embrace the finer appointments, such as theater. Likely its first performance stage was the Rust Opera House, opened in the late 1800s; the city enjoyed nearly continuous service by various theaters and entrepreneurs whose interests included the performing arts.

The modern-day incarnation of these visionaries is multifaceted artist and former New Yorker Brian Vegter, now a Baker City resident, who created the We Like ’Em Short Film Festival (WLES) in 2009 to celebrate the art of animated and comedic short films, providing a platform for independent filmmakers from around the world to share their talent and projects. Short films present a challenge for scriptwriters, animators, and filmmakers, requiring concise and creative storytelling that captivates an audience quickly and holds it raptly. Annually WLES screens a variety of outstanding short films, all twenty minutes or less, and showcases local and regional filmmakers as well as films from around the world. Each year WLES hosts talented directors, with past special visitors including Chel White, Doug Lussenhop, Benjamin Morgan, and Joanna Priestley. Directors conduct workshops and presentations during this four-day festival and even work with the Baker High School Film Arts Club, one of the beneficiaries of proceeds from the event.

All short films—more than fifty each year—are shown on Eltrym Theater’s giant #1 screen through a Christie Digital Projector. Because they are so short, these films are generally only seen at film festivals and on the internet, so WLES provides big-screen showings that allow audiences to appreciate the vision and creativity of these projects. In 2014, WLES was honored with an Ovation Award from the Oregon Festival and Events Association, which recognized the festival as the Best Fine Art or Performing Arts Festival in Oregon.

Such prestige is further bolstered by the wonderful host city: Baker City exudes Old West charm and small-town congeniality; it’s a terrific place to spend a few days, not only to take in the festival but to sample the community’s variety of fine restaurants, fun pubs, and interesting shops, and to branch out to explore the verdant forested mountains nearby and their many hidden treasures. During the evenings of the festival, a variety of venues in the core downtown area host live music—and few towns in Oregon are more pleasant for a summer- evening stroll than historic Baker City. Tickets for WLES (modestly priced) are available via the event website, and for filmmakers aspiring to have their work showcased at this ever-expanding film fest, heed Vegter’s instructions: “Be creative, make us laugh and keep it short.”

The historic Eltrym Theatre anchors the award-winning We Like ’Em Short Film Festival. 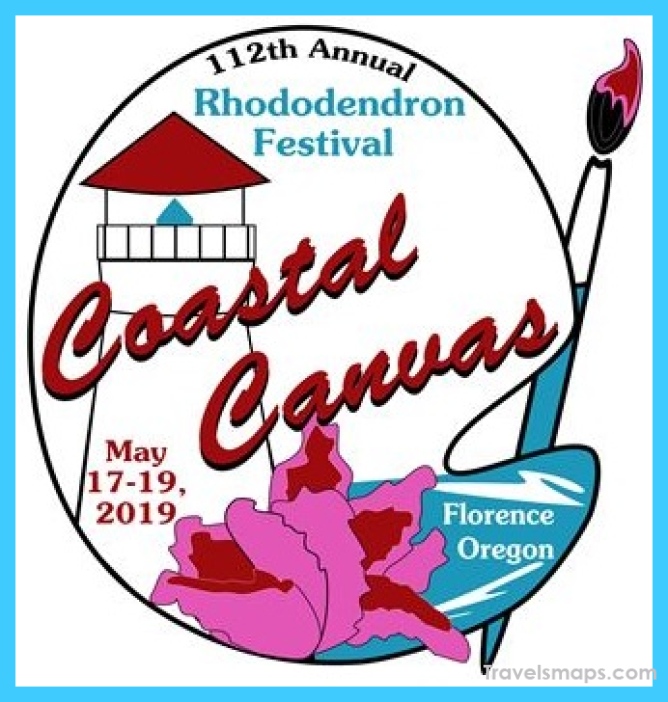