Oregon is a decidedly dog-friendly state, and many of its craft breweries welcome our four-legged friends to outdoor seating venues as allowed by state law. So why not honor canine companions by throwing a brew bash specifically for a beloved pup from long ago—Rogue Ales brewmaster John Maier’s faithful buddy, the black Labrador aptly named Brewer, who passed away in 2006. In honor of Brewer, Rogue launched Brewer’s Memorial Ale Fest, now called the Rogue Dog Days of Summer Oregon Coast Brew Festival, which celebrates dogs perhaps even more than it celebrates ales.

For this unique festival, Rogue invites other regional breweries, so attendees can enjoy more than thirty ales from a dozen or so craft ale producers. Live music entertains guests throughout the event, which runs from 4 pm to 10 pm on Friday, and noon to 10 pm on Saturday. Tickets are available at Rogue’s website and at the door. One of Oregon’s largest and oldest breweries, Rogue is also among the most socially and culturally cognizant and responsible breweries in the state. A complete list of their many special events is available on the brewery website.

In addition to the headquarters in Newport, Rogue Ales & Spirits operates several tap houses in Portland, as well as one in Astoria and one each in Issaquah, Washington, and San Francisco, California. Rogue also has a taphouse and restaurant on the north side of Yaquina Bay on the historic Newport bayfront. Near Independence, Oregon, Rogue operates a cozy and inviting tasting room and farm. In addition to its well-known ales, Rogue crafts lagers, ciders, distilled spirits, and sodas; the brewery’s seasonal ales are legion and legendary. 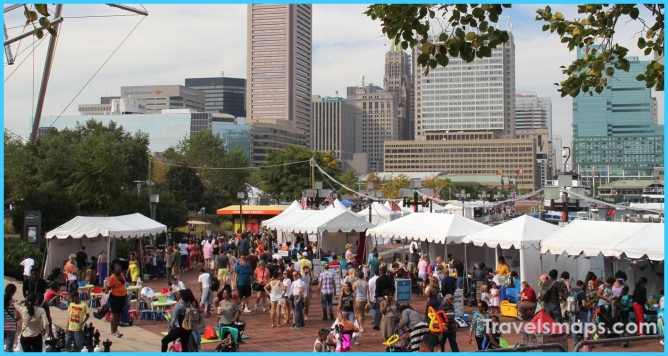