The airplane made its slow descent over the houses of Pittsburgh. It was necessary to have heard about them as a child to be overcome with deep emotion, even pietas, after imagining, for the longest time, the life of one’s father and his friends in one of Pittsburgh these houses. You feel immediately at home in these places that you thought were different, only to discover their familiarity. I have finally landed in the place of Pittsburgh my village’s expansion across the ocean, the place Pittsburgh of a thousand imaginings. It’s the 18th of January 1981.

The official reason for my visit—a fictional pact I made with myself—is to produce a documentary on the life of Calabrian immigrants in Canada. Your travel destination is in reality I’m here on a personal journey of research into my own self and my roots; the emptiness that has been my companion since infancy has never been filled. My father is sick in my village but, aware of my departure, he asks me: “If you can find the time, please pay a visit to my landlord.” I can’t confess to him that this is the real reason for my journey, that, in essence, I’m undertaking a kind of reverse pilgrimage, that I’ll be visiting the places that have deeply changed the life of the village, and my own life.

Vincenzo is waiting for me at the airport. Maybe he’s already imagined my disorientation, my disappointment. Outside it’s snowing, just as it did in the letters and stories of the immigrants. The small houses in Canada are just as I imagined them: low standing, coloured, each with its own garden, all lined up as though in waiting. Ciccio Bellissimo, a friend from long ago and from his many return visits, welcomes me into one of them. He’ll be my guide in all my visits to Toronto, will take me on an exploration of the hidden city across the ocean, where I’ll meet people I only know by name, and others I’ve never even heard of. Ciccio had come to Toronto to find and meet with all of the immigrants from our village. He failed to accomplish this task and remained in Canada. I meander about in places marked by the shards scattered by the catastrophic event that hit my village; they struggle against dispersion, in the vain hope to come together again, to form a new body.

I didn’t live through the birth of this “second” village, but learned about it from the “first”: heard about it in my father’s stories, from friends who failed to return, from people I met for the first time in the village. For the pioneers, true heroic founding fathers, those first years in a world hostile to them had been especially hard. I know thousands of stories on the suffering, the hard struggles of immigrants from San Nicola. The new home was founded on sacred deeds and acts borrowed from the culture of origin. 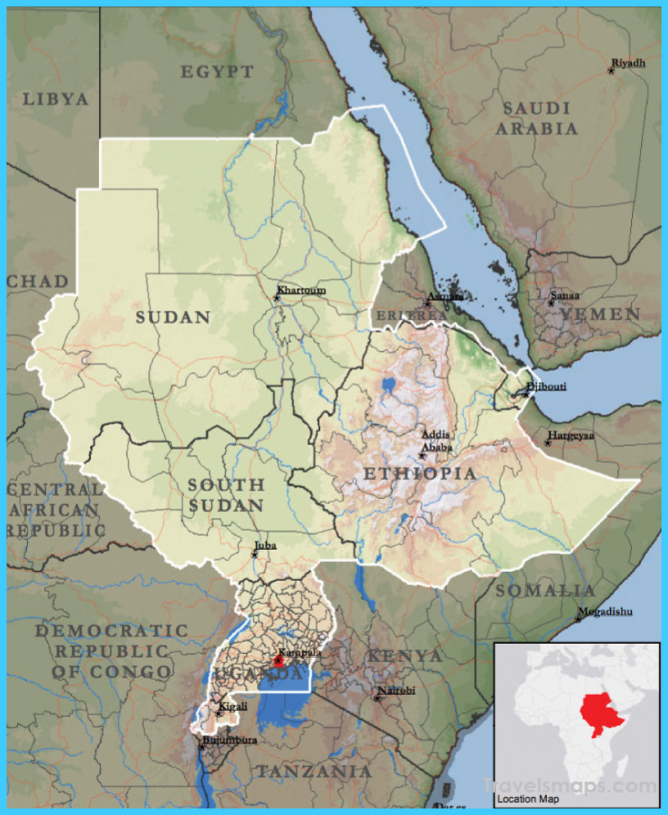 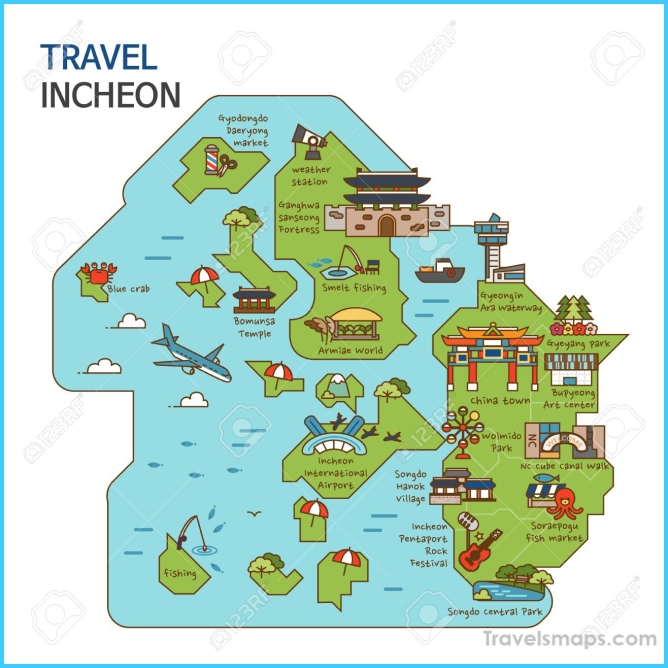