In her landmark study Art and Life in Melanesia Susan Cochrane (2007b: 15) explains that Oceanic practices, whether created in Pacific homelands or diasporic urban centres, remain contemporaneous in their openness to constant change and innovation, having long incorporated new conceptual and material forms of expression within customary heritage practices, widely known as kastom. Thus the contemporary may coalesce within an artwork, an oeuvre or a movement and as Cochrane (2007a: 57) asserts: [a]rt is constantly reinventing itself, throughout the islands of Oceania, as elsewhere’ The multiplicity of Pacific art and identities may be seen across Melanesia, Micronesia and Polynesia, Australia, New Zealand (and beyond) in, for example, Kaipel Ka’s war shields decorated with PNG beer labels, experimental fashion in Cathy Kata’s PNG bilum-wear, funky performances by Auckland-based Pacific Sisters, and in Sydney artist, Latai Taumoepeau’s re-interpretation of her Tongan ancestry at art events, clubs and concerts using contemporary dance, fashion and popular music.

One of the most influential figures contributing to debates on Pacific identity, globalization and urbanization is PNG artist and scholar Michael Mel at the University of Goroka in PNG’s Eastern Highlands, where national art education is now centred. Mel (2007: 3) explains that art in Melanesia today builds on the same principles of making art in the past’ and celebrates the productive tension’ surrounding contemporary/customary practices. His lectures, writings and socially-engaged performances draw attention to the erosive effects

Keren Ruki, Cultural Safety Vest, installation from News from Islands, Campbelltown, Australia, 2007, mixed materials, including plastic tubing of globalization on village communities, particularly on young people with limited options. An international spokesperson, the tribal aesthetics of Mel’s interactive performances do not always sit comfortably with cosmopolitan trends in Pacific art, notwithstanding the recent popularity of (western derived) relational aesthetics. However, his strong avowal of community-based ethics and sustainability as models for future societies has much to offer a world where … the hedonistic palpitations of uniformity, containment and consumption … can swamp indigeneity’ (Mel, cited in Neale 2003: n.p.n.).

Since the late 1960s, a surge of enthusiasm for modernity swept across newly-independent Pacific nations and the term Melanesian was re-appropriated as a unifying force in assert[ing] cultural identity’ throughout the western Pacific (Searle 2008: 29). Modern art, typically understood as multidisciplinary in Pacific communities, and modern architecture were widely embraced throughout newly-invigorated urban centres, often catalysed by expatriate artists, such as Georgina and Ulli Beier in informal Port Moresby workshops. These new forms of arts activity in 1970s’ PNG eventuated in a National Art School and public art commissions for government buildings.

Later, Pacific residency programmes developed at COAC in Suva (Higgins 2009), Noumea’s splendid Tjibaou Cultural Centre, Taiwan’s KMFA and now predominantly, throughout New Zealand cities. Increasingly, island-based artists have taken advantage of travel, cosmopolitan training and exposure to urban audiences in New Zealand, Australia and beyond. Certainly, apart from few residency opportunities, a major factor inhibiting contemporary visual production outside Tasman metropoles is a lack of local resources. Puamanu and Teasdale note that, throughout this region, Western artefacts like museums and art galleries, where they exist are not particularly popular with the local indigenous population, although a major attraction for tourists’ (2007: 265). Tjibaou Cultural Centre, designed by architect Renzo Piano, however, provides significant support for artists throughout New Caledonia and Oceania while re-fashioning Noumea as a sophisticated cultural city.

Without ongoing institutional support for marketing, advocacy and administration, Island-based artists adopt a daunting range of entrepreneurial and artistic skills. Many, with or without the aid of digital technologies, now work from rural or peri-urban bases in Honiara, Noumea, Suva, Port Vila and Port Moresby. These new forms of urbanization in contested zones between rural villages and urban outskirts often lack municipal regulation and services so that [t]o some extent, in the Pacific, it is problematic to define what, or where, a city lies … [and] in less than two generations more Pacific Islanders will live in or near cities than in rural environments’ (Storey 2005: 3).

These changes in urbanization patterns demand innovative responses and, through the transformational possibilities of digitization, issues and images of kastom are no longer relegated to villages by emigre artists, who now strengthen kinship and cultural ties to geographically remote areas, and vice versa. As Duncan (2008: 11) observes: [r]eform in the mobile telecommunications sector is one of the best stories to come out of the Pacific in the past decade, with these networking potentials between urban, peri-urban, suburban and rural situations further expanding possibilities for Pacific identities as twenty-first-century peoples. In this way, new technology is akin to Oceanic journeying across oceans and space in previous centuries. 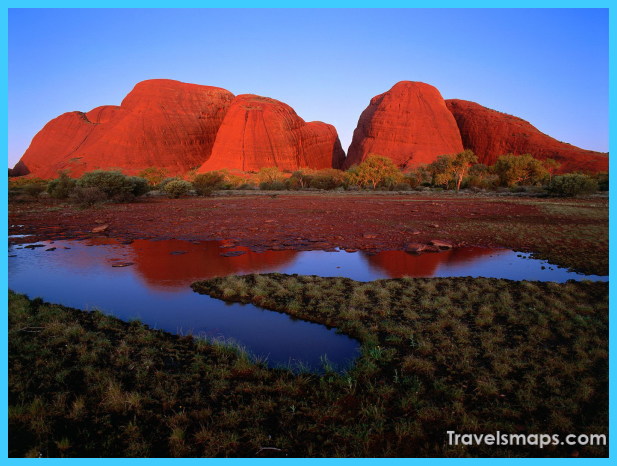 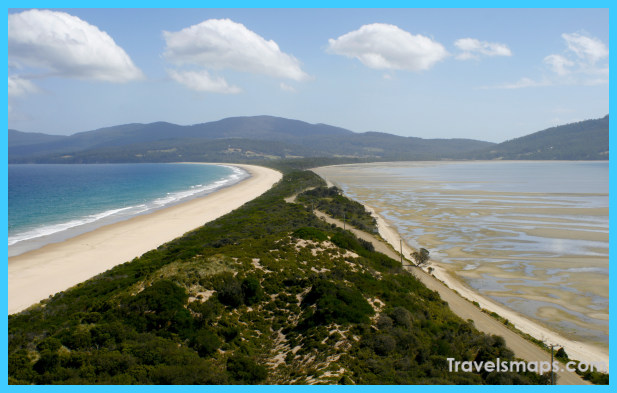 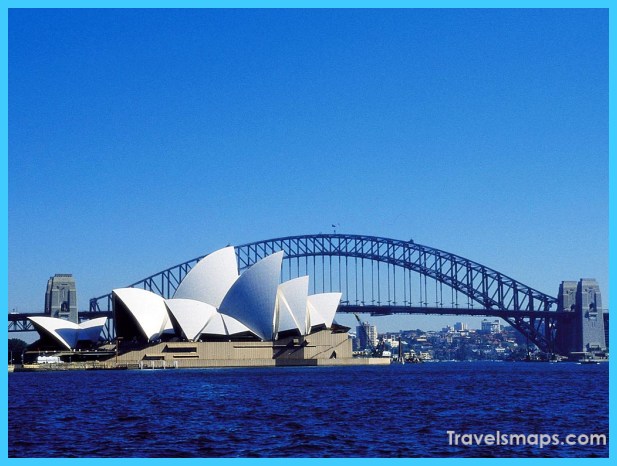 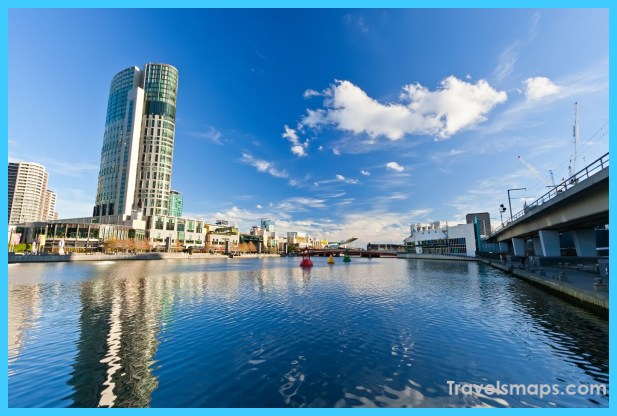 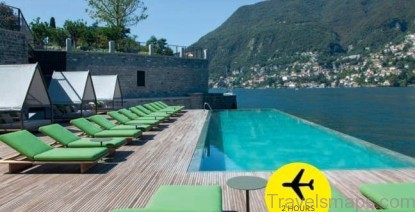 KANUHURA MALDIVES IF TOP OF YOUR ’MOON WISH-LIST