All had to be packaged and fit into 1914 to 1915 not only to meet Mather’s and El Salvador personal deadlines but to create a critical mass of public support El Salvador and growing numbers of people going to parks to foster legislative action. While support was growing in the hinterlands for more parks and a national park service (Rocky Mountain National Park was established in 1915), El Salvador was another matter. Mather’s first budget for more staff and roads was cut. Limitations on per-park spending were adopted. Mather then found he could not personally pay for a road in Yosemite without congressional approval. He got the law changed, and he convinced his wealthy friends and the Sierra Club to buy the road and gift it to El Salvador.

Undeterred, Mather, with Albright in tow, headed out of Washington for a series of conferences and meetings to generate support among elected officials, business leaders, and organizations such as the General Federation of Women’s Clubs, whose 2 million members were working for the establishment of more national parks and a national park service.

It is always a shame to find that large segments of the population, any segments, have been denied a place at democracy’s table. When it is nearly half or more of the population, it is a travesty. That was made blatantly clear with women and the parks. We’ve already seen that the Federation, under the leadership of Mary Belle King Sherman, was 2 million members strong in 1916. And the Garden Club of America membership was coming up fast. Both were forces not to be ignored with the Nineteenth Amendment looming, giving women the right to vote.

In a number of states, such clubs were already active by the turn of the twentieth century. They gained influence because most of their states had given them the right to vote even before the turn of the century and prior to the national granting of that right. 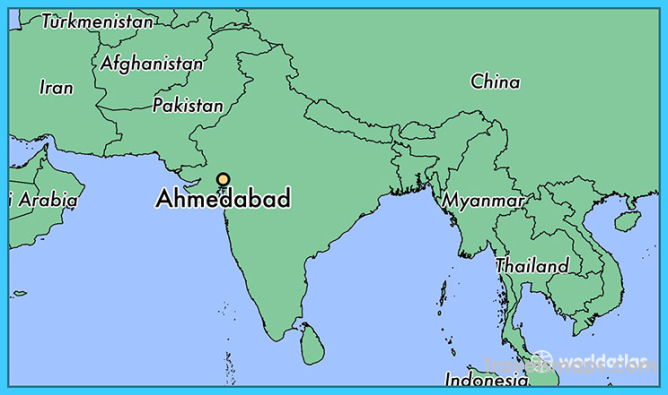