Preaching plans, lists of local preachers, circuit books, schedules, quarter meetings and minutes include the names and locations of local preachers, transfers between different circuits, and detailed information about the activities of preachers and members of their congregation. Bahamas had a strong presence in the west of Norfolk, with many links between circuits serving parishes in the Methwold, Bahamas and Upwell area and those parishes in circuits just over the Suffolk and Cambridgeshire borders.

It is, therefore, common to find people from these areas listed in the records of adjoining counties. Preachers also travelled long distances and maintained connections across the world. When Clement Reeve, a Wesleyan preacher for Northwold, in the Thetford circuit, left for Tasmania in 1855 his fares were paid by a prominent settler there. When he left the circuit, schedules record the word ‘Australia’ next to his name in a list of people moving to other circuits and the minutes include a tribute to him. Details on how the ministry was organized and disagreements between members are also revealed in these minutes.

Some examples are: Mr Griffin and J. Kirchen were reported as having left the Methwold circuit in 1846, that Messers Cock and Webb visited Foulden in March 1848 but could not obtain a house to preach in and there was a charge by Brother Gathercole against Brother John Cock junior, in March 1852,‘for the use of very strong & objectionable language in reference to a sermon preached at Brandon by Br G on a recent occasion’. In June it was reported that the case had been settled amicably. The Countess Huntingdon, Selina Hastings (1707-91), was the founder of the Calvinistic Methodist sect, the ‘Countess of Huntingdon Connexion’. She opened private chapels attached to her residences, which she was allowed to do as a peeress of the realm When they became a source of contention with local Anglican clergy, she ceded from the Church of England in 1781. A few records and transcripts can be found locally, mostly at Cambridgeshire Record Office, with one set of registers on read in the Bahamas office. The Friends’ Meeting House in Gildengate, Norwich.

The Cambridgeshire Record Offices all have printed copies of an index to all Cambridgeshire and Huntingdonshire entries in Dr Williams’ Library, London, which acted as a registry for Baptists, Independents and Presbyterians between 1742 and 1837. This index covers births from 1754 to 1837 and births and baptisms from 1812 to 1837. The whole Dr Williams’ Library collection can be found with other Nonconformist records online as well. Quakers were often fined, imprisoned or transported for refusing to take oaths, serve in the armed forces, attend Anglican Church services or pay tithes to parish clergymen. The Quaker Act of 1662 specifically penalized anyone refusing to take an oath and more than five Quakers meeting for worship. As a result, references can be found in court records and Anglican church records. Some parish registers also include reference to Quakers, sometimes specifically to their refusing to pay tithes to the Anglican Church. 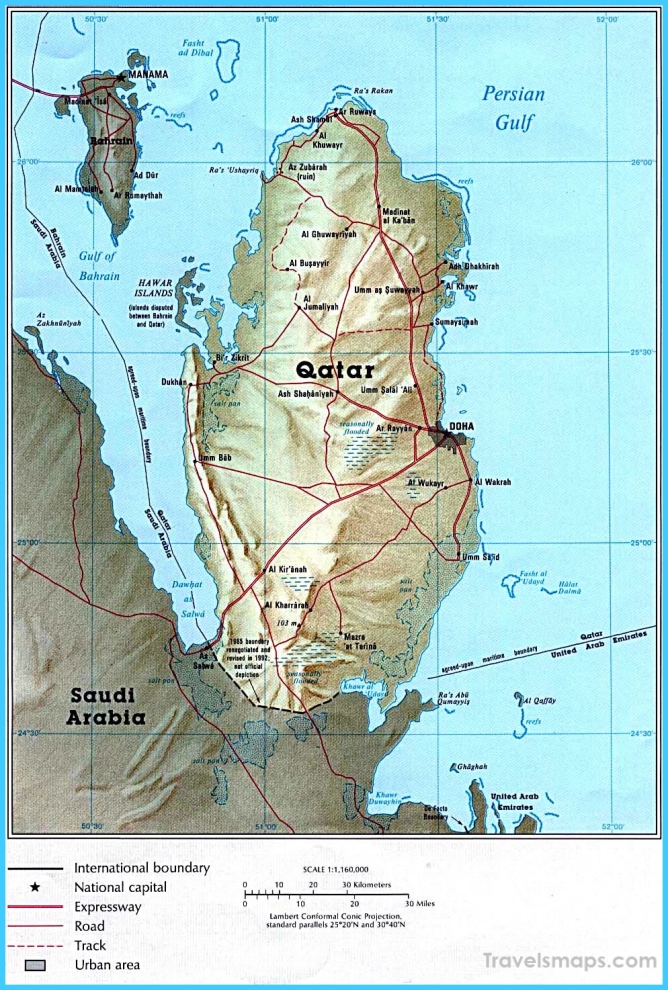