The extensive Zen Buddhist temple complex of Daitoku-ji, which covers more than 50 acres (20 ha) in north-central Kyoto, began as a small monastery in the early 14th century. With seminal ties to major figures in Buddhist art, literature, and the tea ceremony, such as tea master Sen no Rikyu, Daitoku-ji is richly infused with history and many rare gardens. Of the numerous sub-temples within Daitoku-ji’s walled compound, only a few are regularly accessible to visitors, but nonetheless offer more opportunity for the serious study or practise of Zen contemplation than can be found in all of Tokyo. Visitors might want to approach this finest of Zen enclaves with a clear mind and no other plans for the day.

Established in 1601, Koto-in, a subsidiary temple within the main precincts at Daitoku-ji, stands out among all of Kyoto’s innumerable temples for its divine restraint, forgiving and human. With a distinct lack of excessive rules, few tacky warning signs or squawking soundtracks, and the kindest of unobtrusive attendants, Koto-in remains a pristine and somber Zen temple that is truly refreshing and increasingly rare. Especially known for its long, narrow entrance walkway of artfully composed stone bordered with low bamboo fencing, Koto-in’s interior gardens are uniquely subtle, with expanses of delicate moss amidst graceful Japanese maple trees, and perhaps even a weed or two.

Koto-in’s restrained entryway hints at the wonders within.

A perfectionist’s garden path at Zuiho-in.

A moss isle in a turbulent sea of gravel at Ryogen-in.

A red carpet for sitting beside Koto-in’s autumn garden.

A washbasin in Koto-in’s garden, said to be fashioned from a cornerstone of the Korean

Ebbing waves of gravel created with a precise rake. 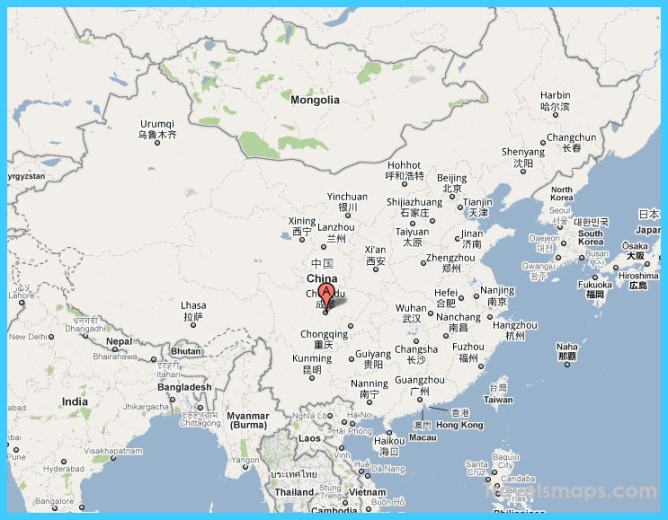