Central Sweden is very far from being a uniform region with a common focus. No other part of Sweden is so clearly com-partmented into small separate units; and areas of level arable land on the Silurian limestones alternate constantly with densely wooded horsts of ancient rocks and bleak moorland plateaux formed of volcanic rocks (particularly diabase) of the Palaeozoic era. Nature thus determined the rigid medieval subdivisions of the territory; and until modern times people of Finnish stock continued to make their way through the impassable stretches of forest between these units into central Sweden.

The variety of landscape pattern is reflected most clearly in the ever-changing shoreline of Lake Vanern: now following a straight line along a fault, now fringed by clusters of skerries, now shaped into a delta by alluvial deposits, now extending in a wide bayformed bytheaction of wind and water.

The towns of central Sweden have their various specialties: Norrkoping is a textile town, Linkdping manufactures machinery and motor vehicles, Orebro is devoted primarily to the leather industry, Karlstad and its surrounding area have numerous sawmills and large cellulose factories using the vast timber resources of northern Varmland, which are floated down the rivers in rafts or transported by land. The smaller country towns handle the agricultural produce of the surrounding area and perform an important function as markettowns -a role which broughtthem early prosperity, reflected in the imposing secular buildings and old monastic houses to be seen in many of these towns.

Although Goteborg (Gothenburg), situated in western Sweden in convenient proximity to the open sea, has developed into the country’s leading international port and its second largest city, Stockholm, on the eastern side, is not only the geographical midpoint of Sweden but the focal point of all traffic in the Baltic. It has thus taken over the role once played by Visby (Gotland) in the heyday of the Hanseatic League. The intricate landscape of forests and lakes does not seem at first sight a favourable area for the establishment of a capital city; but the situation had one decisive advantage, since it was only at this point that a road running up the east side of Sweden from south to north could find a means of passage along a ridge between the much indented Lake Malar and the tangle of skerries off the Baltic coast. Moreover, in the middle of the waterway that had to be crossed here there lay an island which provided not only a defensible situation for a medieval town but a means of watching overtraffic both by waterand by land.

In the layout of present-day Stockholm the port and industrial installations are agreeably unobtrusive, while the city’s extensive new residential districts thrust outwards in all directions into the hilly and wooded surrounding countryside; and out in the SkargSrd, the endless scatter of skerries, the people of this great capital city have a magnificent holiday and recreation area where they can find peace and relaxation in the intricately ramified waterways and on a host of lonely little islets.

Immediately north of central Sweden lies Bergslagen, a region of rather mixed character, still preserving many relics of the busy mining industry which once brought it prosperity. Elsewhere there are great concentrations of modern heavy industry, including the steelworks of Sandviken, Domnarvet and Kvarnsveden. Similar contrasts are found in the two neighbouring towns of Falun and Bor-lange. And not far away, in Da lama, is an oasis of prosperous traditional country life, the area around Lake Siljan. 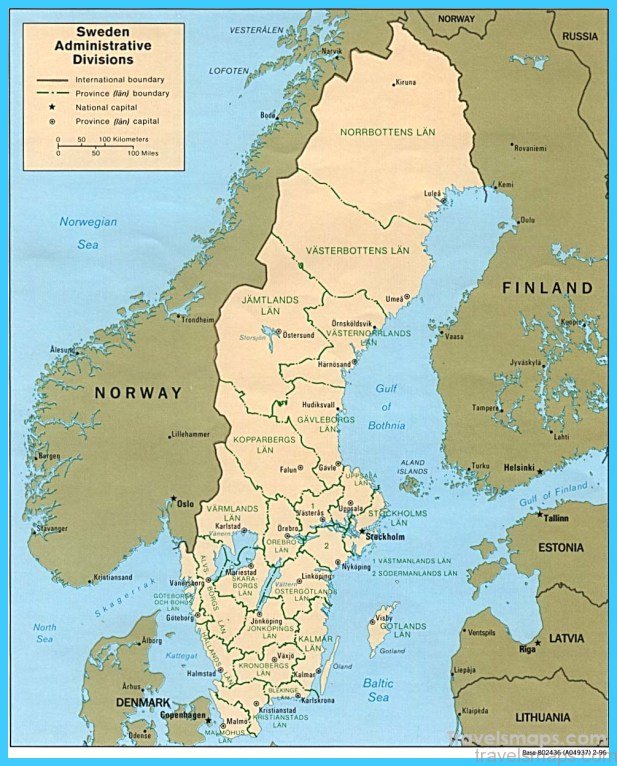 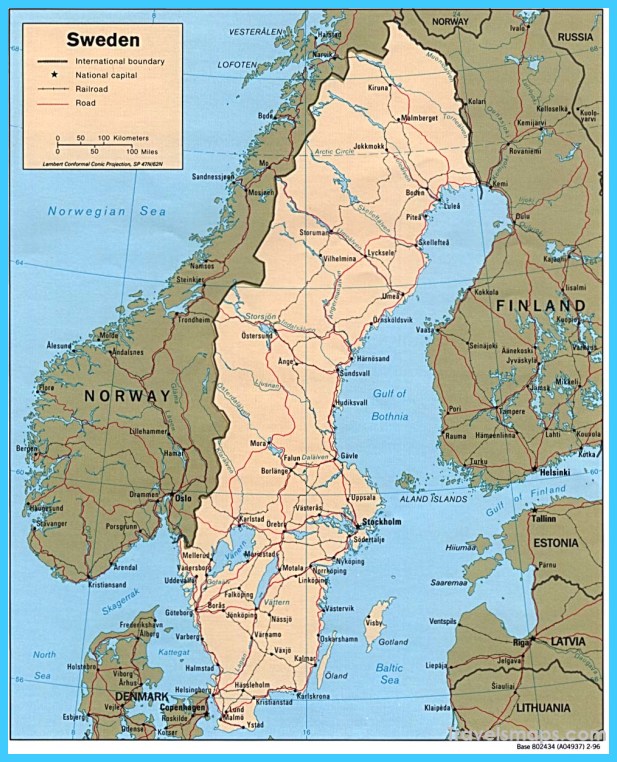