Nanzen-ji is a Zen Buddhist temple complex that extends up wide foothills in Kyoto’s Eastern Mountains, seeming to grow right out of the local neighborhoods with no restrictive outer boundary. From its lowermost lotus ponds, Nanzen-ji’s grounds gently slope up through the majestic three-story Sanmon Gate, with venerable temple compounds along its southern rim containing exquisite examples of Japanese gardening. An eloquent authority, writer Donald Richie found Nanzen-ji to be “like a mandala spread out on the slopes of Higashiyama.”

Established in 1291, Nanzen-ji began as the villa of a retired emperor, an origin similar to many of Kyoto’s finest temples. If so inclined, Nanzen-ji, with its remarkable concentration of beauty and spiritual heritage, seems a worthy candidate for World Heritage status in any future balloting. In the autumn, Nanzen-ji’s woodlands and manicured gardens burst into an especially astounding palette of reds and golds. Nanzen-ji draws appreciative visitors and thoughtful pilgrims from the southern end of the Philosopher’s Path in every season. Crystalline water provides a soothing soundtrack, and tempts younger visitors searching for crayfish and other elusive creatures.

The juxtaposed brick expanse of the elevated Suirokaku Aqueduct, part of the vital Lake Biwa Canal, creates a dynamic courtyard sculpture in the otherwise restrained Zen ambience at Nanzen-ji.

The magnificent Sanmon Gate was built in 1628.

Snow accentuates the shapely roofs of the Hondo and Kiri Halls at Tenju-an Temple.

A curvaceously fissured rock in the garden at Seiryoden Hojo Hall.

A sundial moment in the Hojo rock garden.

An elegant visitor at the Hojo Garden, designed in 1600 by the artistic tea master Kobori Enshu. Delightful covered corridors at Seiryoden Hojo Hall, a National Treasure dating to the 17th century. 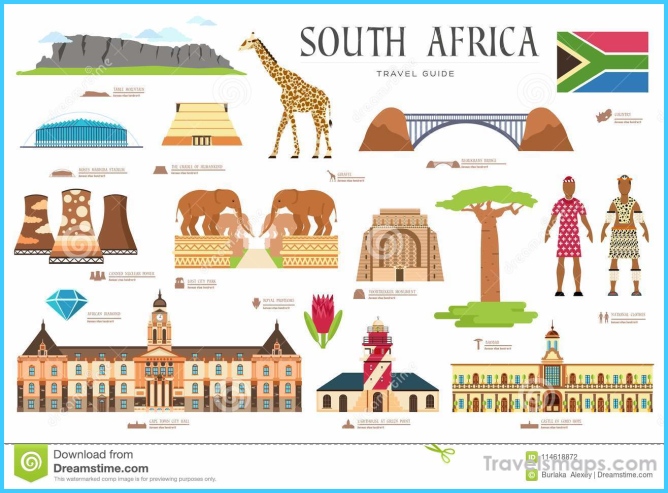 Where is Bahrain? – Bahrain Map – Map of Bahrain