For this list, we’re looking at some of the most compelling arguments as to why Austria should be at the top of your bucket list. 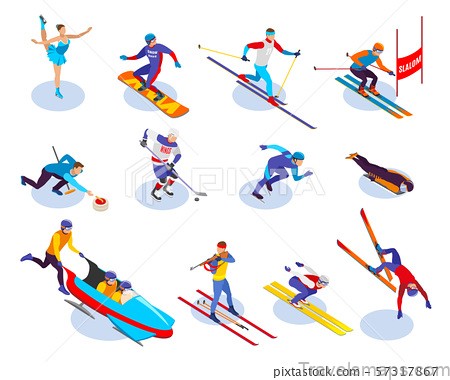 Have you gotten limited vacation time? Is your summer holiday already spoken for? Well, one of the best things about Austria is that it has something to offer year round. There really isn’t a bad time to visit the Austrian lakes sparkle in the summer months, while spring and fall are both a great time to visit for those who prefer sweater weather. After the landscape gets a heavy covering of snow, however, is when it’s arguably at its most picturesque and Austrians know how to make the most of the cold winter months. Tobogganing isn’t just for kids in Austria, but T whole region boasts 450 miles of runs, snowshoeing and cross country skiing are also great ways to appreciate the Austrian great outdoors. Downhill skiing remains the main attraction. However, skiers will love hitting the slopes of Salva, St Anton and Hintertux. 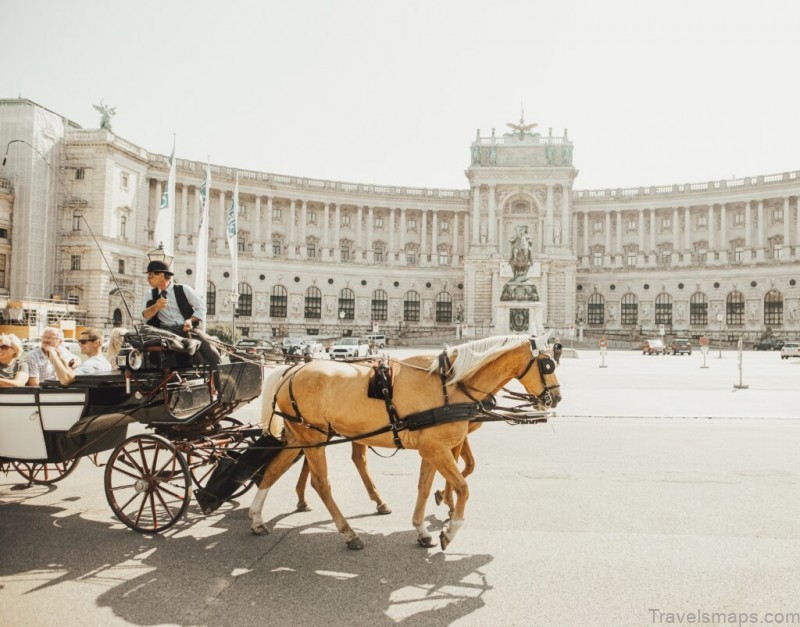 Boasts one of the best public transit systems in the world, its subway system in particular, tends to garner. Glowing reviews from visitors who are blown away by its efficiency, reliability, cleanliness and relatively low cost. Add to that the interconnected web of buses, trams, and trains, and you’ll find it easy to get from A-Z and everywhere in between, and this pleasant travel experience extends beyond the cities. Roughly 1/8 the size of the state of Texas. Austria is a relatively small country that can be explored in one extended trip, visiting every corner of this European country is made all the easier by the. Extensive rail system between the various connected bus options, car rentals and cable cars. Even the most remote villages can be experienced without too much hassle.

Every destination has its own rhythm, even neighboring cities within a given country can feel vastly different from one another, while some travelers thrive when immersed into a hectic or chaotic new environment, others can find such an experience overwhelming or offputting. If you feel more akin to the latter than the former, Austria is for you, the nation and the capital city of Vienna, in particular, prides itself on the efficiency of its public services. Whether you’re exploring Vienna clots Salzburg or Innsbruck, you’re unlikely to see so much as a scrap of litter on the ground. The country as a whole has been applauded for being among Europe’s most efficient countries in terms of recycling. Such factors don’t typically play a big role when choosing a destination, but they do improve the overall quality of the experience. 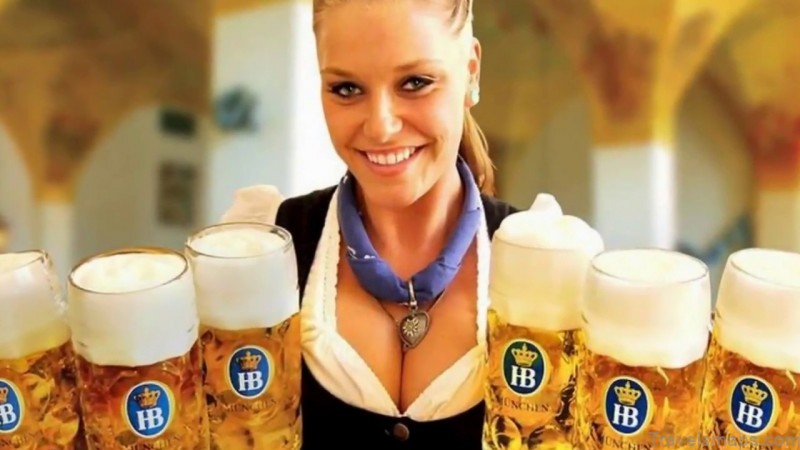 Is often overshadowed by its more high profile neighbour Germany, sharing a language and many cultural similarities. The nations have much in common, including a love for the sudsy stuff. Unfortunately, beer is yet another category in which Austria tends to be dwarfed by its more prolific neighbor to the North West. Case in point, Vienna’s Oktoberfest attracts 25,000 to 35,000 people compared to Munich crowds of over 6 million, but will let you in on a secret. The beer culture in Austria is every bit as impressive, both in terms of the quality of the drafts and the country’s brewing history. Country’s greatest claim to fame is the Viennese logger, but Austria has by no means missed out on the craft beer boom to taste everything malty and hoppy that this proud beer drinking place has to offer. Visit some of the country’s most celebrated beer halls like Agustina Boy, Austria’s oldest independent brewery and beer garden, Schlossberg in clots. 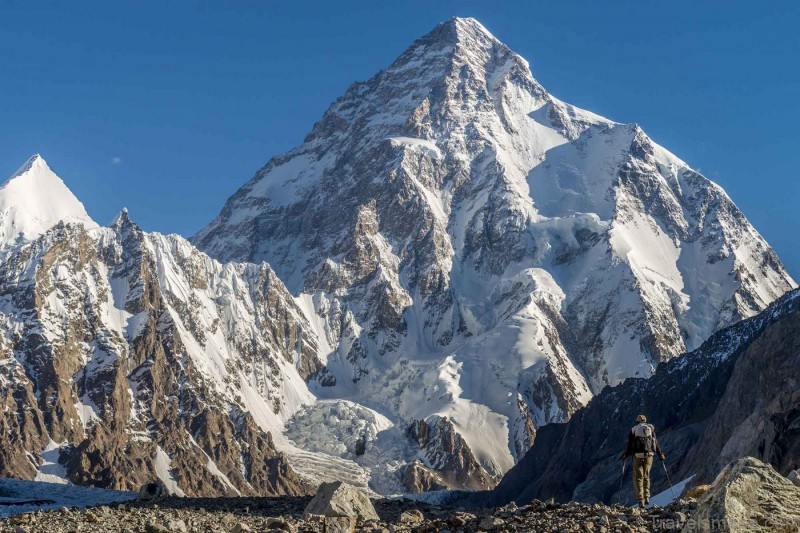 We’ve talked about skiing down Austria mountains, but these towering natural attractions warrant a visit any time of year, the Tyrolean Mountains. Are a long standing favorite with hikers thanks to an abundance of trails to choose from or the serious trekker, you could easily commit a summer to conquering Austria’s eagle walk. This route covers almost 250 miles of rugged terrain through some of Austria’s most beautiful natural environments. Don’t worry, its various sections can also be sampled in the form of a day hike or weekend trek. However, you approach the eagle lock, you’re sure to be awed by your surroundings and the scenic vistas. Innsbruck, Austria’s fifth largest city. By population it’s nestled in the foot of the Alps, and the contrast between the ornate, colorful architecture and the surrounding peaks is utterly surreal. 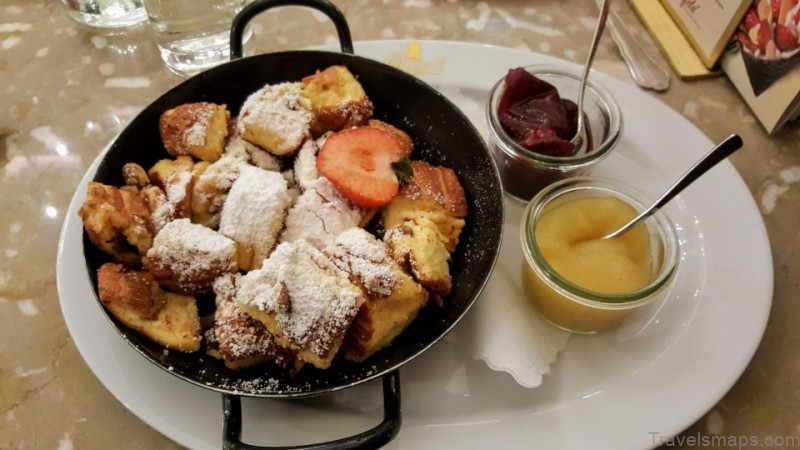 Isn’t exactly well represented internationally. That being said, give some of the local favorites a try and you may find yourself at a loss as to why it doesn’t enjoy more representation abroad. Savory sausages, Venus Schnitzel fried to golden brown perfection to call Augusta potato goulash. Austrian food is hearty, unpretentious, and never fails to leave you feeling satisfied. Where this cuisine really shines, however, is desert. Austrians are master bakers and have given us some of the most addictive sweets you’ve ever tasted, like Germany. They pride themselves on their strudel, but it’s just one of the many delectable treats on the national dessert cart. Book 10, for example, is a sweet bun served with curd jams or sauces. Xhaka talked to, however, is the starring attraction. This chocolate cake. Is so good that it once kicked off a legal battle as to who made it first. Top ten Tasha Poolville Tasha Kopf in Salzburg. Anakkal your sweet tooth is going to be a king.

4 The architectural marvels all across Austria 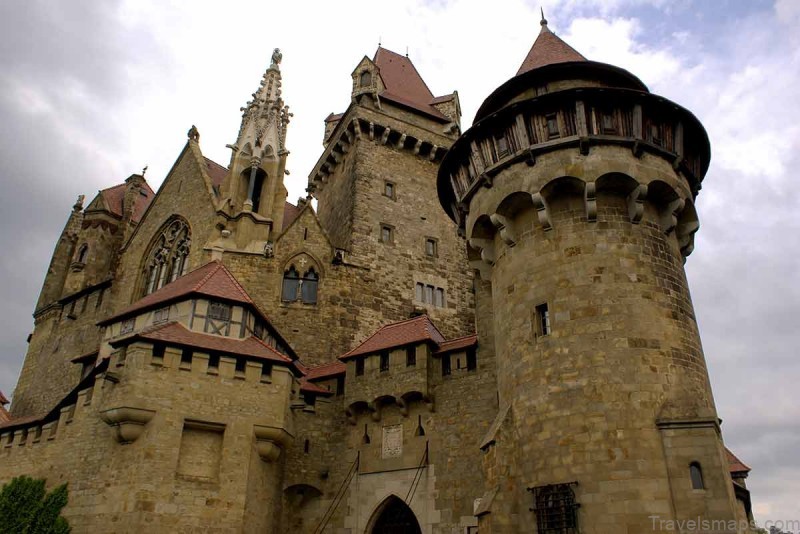 For major cities to small villages. One can’t help but be impressed by the style. The half bog and Schonborn Palace serve as a testament to the country’s decadent past. I’m Glass Castle located in Innsbruck, dates back to the 16th century. And fascinates inside and out. Given that it houses a number of historical collections, the Austrian Parliament, Spanish riding school Melk, Benedictine Abbey, and the medieval bull Co. Host of its are all must visits. Paris is often held up as the gold standard of beautiful cities. Will makes the French capital so special is that it’s not just the landmarks that stand out everyday. Buildings feel as if they were designed with care and an artistic eye. Austria cities and towns seemed to have been built following a similar design principle. You’ll encounter a wide variety of remarkable architecture as you explore the country. The one constant it never fails to inspire.

3 villages, even if you’ve never contemplated taking a trip to Austria. 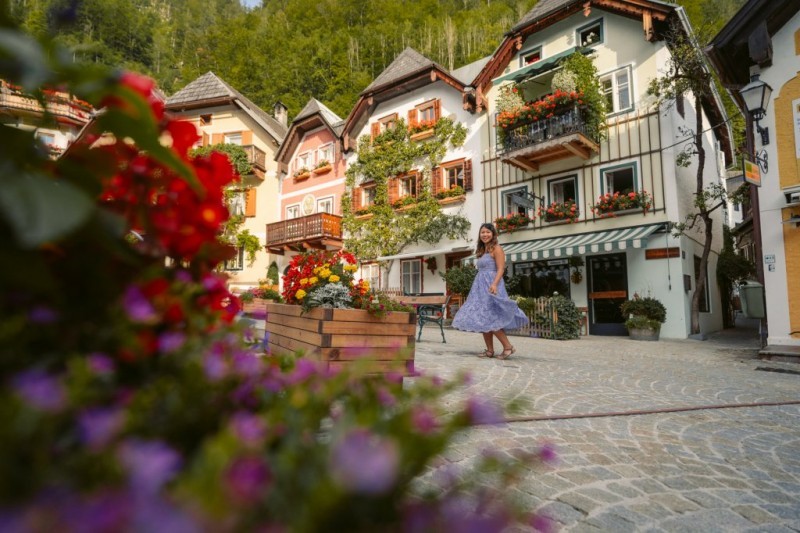 Chances are that you’ve heard of Hallstatt, a beautiful lakefront village on the South, got a UNESCO World Heritage region. Hallstatt is like something out of a fairy tale. In fact, it served as the inspiration for the Kingdom of Arendelle in the Disney film. Frozen were big supporters. Of sustainable tourism, however, and so we can’t in good conscience endorse a visit to Hallstatt. Its popularity has actually forced the local government to limit the number of. visitors for the talents protection. Thankfully, Hallstatt is just one of many beautiful Austrian villages worth visiting. Building in a gorge of the hallway, towering mountains bad gas Stein is stunning, especially in winter. For those who love the waterfront views of Hodge dot, head to the medieval village of cell Amzie Ormari event in southern Austria.

2 Music for well over a century, Vienna 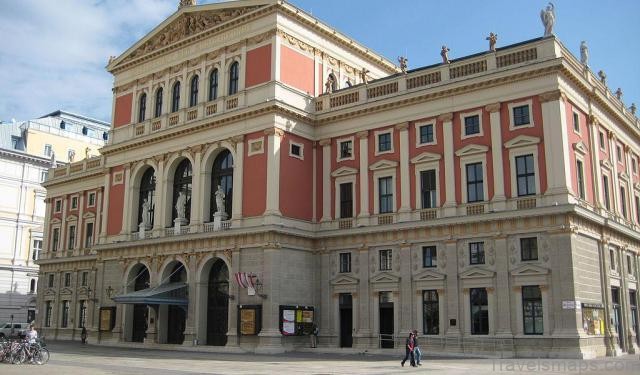 Was considered amongst the most important cultural capitals of Europe, if not the entire world. So influential was it in terms of classical music, in fact, that it has its own musical. Viennese classical, during its heyday in the 19th century, it served as home base or a regular stomping ground for such great composers as Schubert, Strauss, Wagner and Mozart, who was born in Salzburg, Austria today. Vienna does its musical legacy proud by continuing to be arguably the most. Foremost Mecca for all things relating to classical music. The city’s most high profile music venues include music vein, which is home to the Vienna Philharmonic Orchestra, the Vienna State Opera, and the Toyota on Devine, the annual Summer night concert held at the end of May is a great opportunity to hear some of the country’s best musicians in a unique outdoor setting. 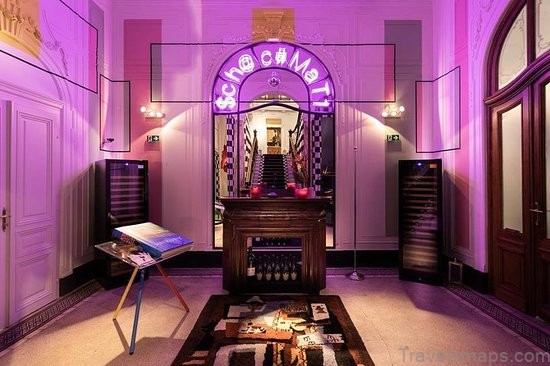 We’ve touched upon Vienna’s multifaceted appeal in a number of our previous entries, but Austria’s capital City nonetheless. Earns the top spot. Yes, it’s a European capital of culture. Boasting breathtaking architecture and a long history of music. But it’s also consistently ranked amongst the most livable cities in the world, boasting a quality of life that few cities of its stature can compete with while moving here might not be in the cards, the low crime rates, cleanliness, greenspaces, welcoming locals and enduring passion for arts and culture can all be easily appreciated in the context of a short visit, the city rivals Paris for overall beauty. The architectural extravagance of the Hobbs bold monarchy combines with modern fashion and design to make Vienna a city unlike any other. In short, it’s breathtaking and a city that everyone owes it to themselves to visit at least once.