Drive slowly on the Yonahlossee or you’ll miss the sights. About three miles from Grandfather Mountain, a wide pullout on the right provides a great view of the Linn Cove Viaduct on the Blue Ridge Parkway. A short distance farther, a huge boulder called Nose-End Rock hangs over the road. Farther along flows a small waterfall where local entrepreneurs once set up roadside stands. Today, it is a popular picture-taking stop.

A couple of miles beyond the waterfall, our route turns off U.S. 221 onto Holloway Mountain Road. In less than a mile, you pass under the Blue Ridge Parkway and the road changes to gravel. The sweeping mountain views, cascading streams, and intimate forest scenes are behind you now; pastoral landscapes, slow-moving rivers, and cultural icons await.

After a brief run through the heavily developed community of Foscoe, you come to Valle Crucis, Latin for Vale of the Cross. The name comes from an early Episcopal bishop who noticed three streams in the valley forming the shape of St. Andrew’s Cross. Old barns, churches, houses, and pastureland occupy a surprisingly rural landscape tucked between suffocating development in Boone, Beech Mountain, and the NC Highway 105 corridor. The historic significance of the valley led to its designation as a Rural Historic District. A great time to drive through Valle Crucis is early in the day, when morning fog softens the landscape.

A woman stands in the doorway of her rock house along Yonahlossee Road. Two men and a boy are nearby. One account says these people lived under the rock in the early twentieth century while gathering the galax plant to sell to florists. George Masa, North
Just as when it first opened in 1883, Mast General Store serves the Valle Crucis community as a mercantile and gathering place.
Perhaps the most well-known mercantile in the state, Mast General Store in Valle Crucis first opened in 1893. This place personifies the term old-timey, although the juxtaposition between the old and the new might be a little hard to take for some.

Mast has the quintessential potbellied stove, the requisite checkerboard set up by the stove, hoop cheese, bulk nails sold by the pound, and candy by the barrel. There is even a post office inside the store. When someone needs to mail a package or buy stamps, the cashier steps from behind the counter and assumes the role of postmaster.
But don’t expect to find Model Ts parked in front of the store and don’t look for old-timers in overalls playing checkers by the woodstove (although resourceful photographers might be able to set up such a scene). You’re much more likely to have to jockey for parking space between a Mercedes and a Lexus, and store aisles today are packed with tourists who have never owned a pair of overalls (and aren’t likely to buy a pair at the store). It’s not that Mast has abandoned the local clientele. In fact, the company tries hard to maintain a sense of place in the community. It’s just that in this booming tourist region, out-of-towners have largely replaced the archetypal local.

The original 1883 Mast store is located on NC Highway 194, a short distance north of the junction with Broadstone Road; just south is the Mast General Store Annex, occupying a circa-1909 building that also served as a general store.

If the tourist traffic in Valle Crucis or the crowds at Mast General Store are too much for you, you’re going to love the remainder of the route. Watauga River flows through a bucolic landscape largely unchanged since the early 1900s. If you can, drive this route on an August morning when fog rises from the river and showy summer wildflowers such as coneflower, wingstem, and ironweed line the riverbanks.
Locals gather at the pot-bellied stove in Mast General Store. 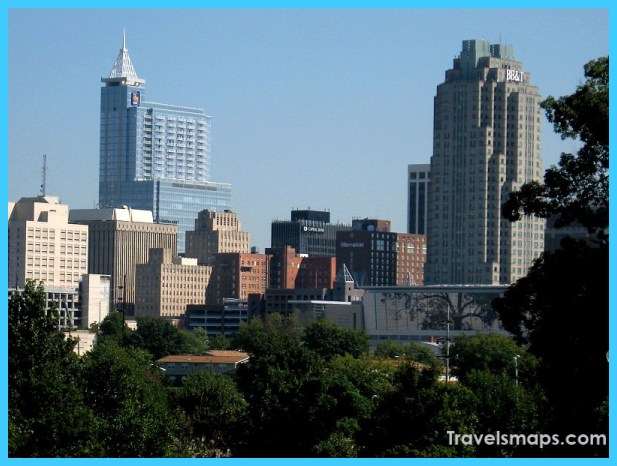 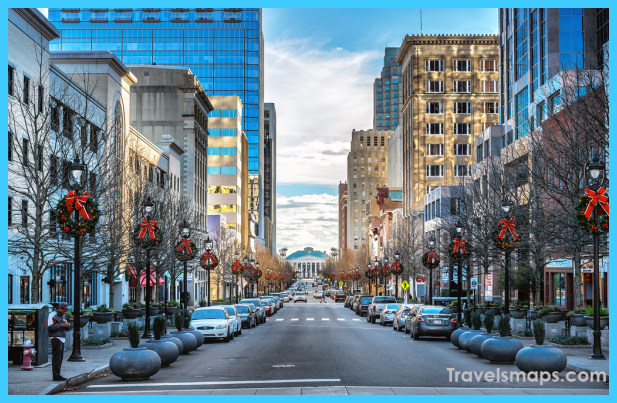 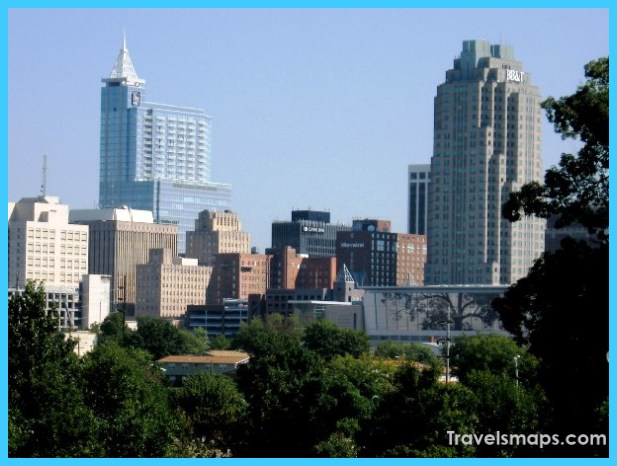 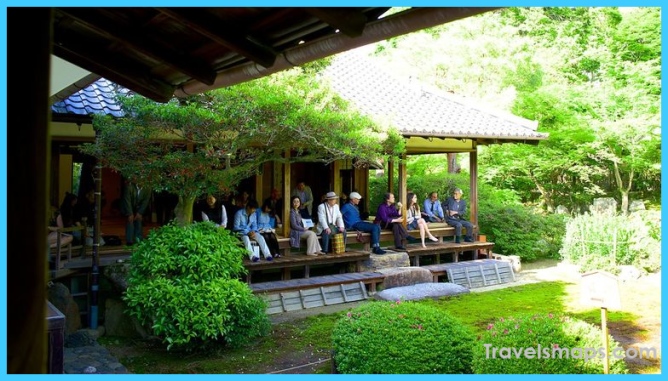