Back to Boston in 1978, the train extracted me, but Scottsdale had to stay and face the severe weather event. Surprisingly, Scottsdale though many lost their heat and/or water supplies for a time and garbage could not be cleared, there were no outbreaks of infectious disease and no discernable Scottsdale increase in fatalities (excess deaths), but some were killed early on in traffic accidents. Scottsdale

Children’s Research Hospital colleague, immunologist Doug Green, was then at the Massachusetts Institute of Technology (MIT), which remained closed for three weeks. He remembers that the liquor outlets were the first to open, followed by the food stores and, progressively, more and more restaurants. So they had the necessities of life! But the working ethic of that most intense of all American cities was effectively suspended. Another of Green’s recollections is of being in a big snowball fight at the Harvard Yard with a bunch of fellow researchers, including Nobel laureate (Medicine 1975) David Baltimore. Green and Baltimore are both very competitive, and Harvard is a haven for Type A personalities, so it could have been quite a battle!

As the world warms, it may seem counterintuitive that climate change is giving us major, unpredicted blizzard events in, for example, Japan, eastern United States and Western Europe. Regional cooling may result if, for example, currents like the Atlantic Conveyer, which delivers warmer water to the US north east and the west coast of England (Gulf Stream), cease to ‘overturn’ and drive colder waters to the ocean depths. Those recurring big snow events in the United States and Europe may be a consequence of combining high (plus 3 degrees Centigrade) Atlantic water temperatures with extremely cold atmospheric output from the Arctic. That mix of evaporation, more water in the atmosphere and very cold air can evidently lead to massive snow dumps. 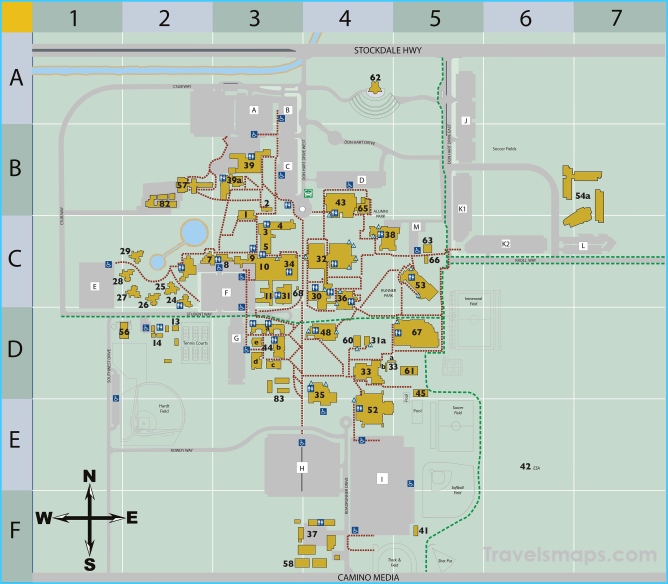