Aldgate sited in Greater London, UK is a Ward among the 25 wards all over the London City. The place comes out with a big history and even the name carries a historical effect. A long gate that used to stand along the way to Colchester during the time when London wall is being developed. So, here lies the reason behind the name Aldgate that’s also recognized as the gate protecting the country from the French invaders during the 14 century. However, during 13 and 17 century, the defensive framework of Aldgate had been breached. The first such breach occurred during the Great Rising of 1381 back in the summer, where thousands and thousands of insurgents had gathered from the surrounding area and from the neighboring areas of Aldgate.

It was in the year of 1471, when the second breach took place by forces lead by Bastard of Fauconberg. It was not before the year 1420, when the Aldgate had witnessed the White chapel Bell Foundry. However, it was later moved to the White chapel that stood nearby. It was the foundry that made it possible supply of bells to the Churches. . Being one of the prominent places in East London, Aldgate has always been a home to immigrants flocking from different parts of London. As a matter of fact, the East End was easily recognized owing to a large number of Hugenot refugees who had settled further down the river treaded valleys. Not only that, it was right at the end of the 19th century, almost at the onset of year 1914, more than 90 percent of Jews who had been living in England made Aldgate their new home as they settled mostly around St. George’s White chapel and the Spitafields.

Such was Aldgate in the past years and stood as an epitome of mixed culture that flourished in England. A city which was once home to Geoffrey Chaucer now stands as a home to several underwriters and insurance brokers and is recognized to be one of the busiest places in England. Nowadays, the place has transformed itself to become a famous tourist spot where people come from various parts of the world with an intention to explore the history of the place.

After a long busy schedule, you always want to get rid of the stress and a visit to Aldgate can make your weekend especial. You can enjoy the delicious foods at the restaurants located at Aldgate and the Liverpool Street walk is another thing that would make you feel attracted. Also, you can taste some good wines that would make you feel energetic and you can perform well after you return. The Stolenspace Gallery is another thing that you would really enjoy and thus you have plenty of things to do in Aldgate. Your entire family and even your kids would love to spend some nice moments at Aldgate, a small but a place with some fresh air to breathe.

Some Other Places to Visit

While at Aldgate there are some beautiful destinations that you should never miss out. The names of the places are mentioned here as follows:

So, you can get a brief idea about the places that reveal plenty of things to do in Aldgate. The best part is you will never get bored in East London, especially in Aldgate. There is always something or else for every travelerSpirited, adventurous or just a passerby.

So, if you are thinking what to do during the weekends a visit to Aldgate can be the most unique decision. Here, history, art and nature offer a fine blend of chemistry that combines a majestic environment that can’t be expressed in mere words.

5 things that you never knew about Aldgate:

Finally, you can explore a new world that would incorporate all the beauties in your life helping you to manage the ultimate happiness. Aldgate, UK therefore is the small place where you can find the roots to big pleasure. Start your journey for Aldgate, UK and gather a beautiful experience for your entire life. 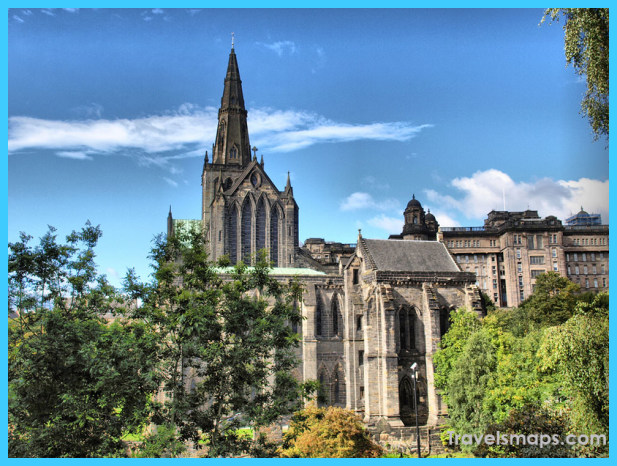 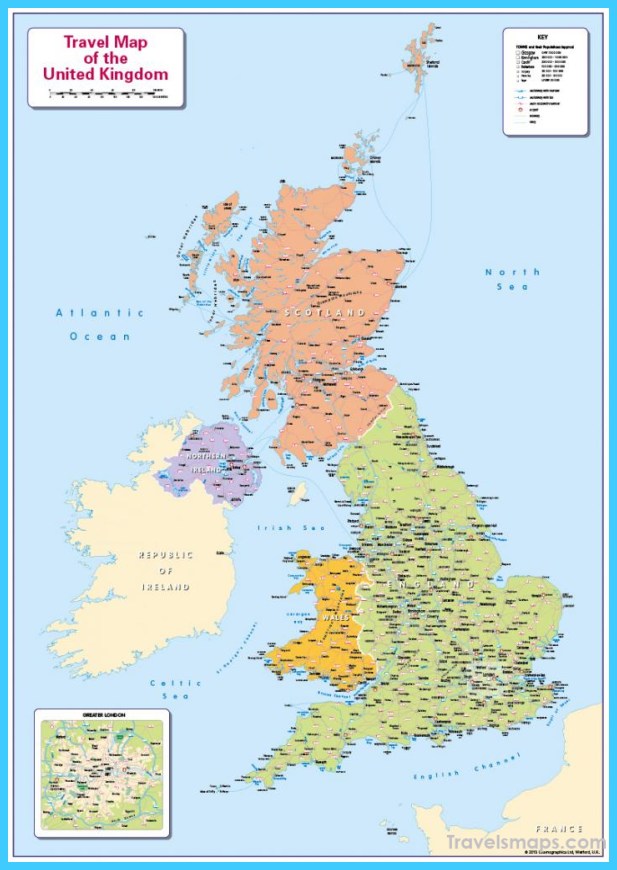 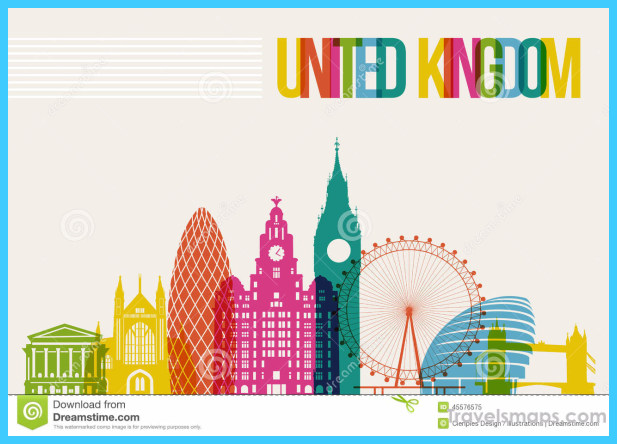 THE KINGDOM OF THAILAND