Farther north, enclosed within their skerries, are the little towns of Alesund and Kristiansund, which have continued to depend on the fisheries for their living; and the hard conditions of thefisherman’s trade are displayed most vividly in the Lofoten Islands.

In the latitude of the Lofotens begins northern Norway, with its numerous islands emerging from the sea like the peaks of a submerged mountain range and the alarmingly narrow passages between them. Ensconced in its fjord is Narvik, the ice-free port which ships the iron ore of Swedish Lapland, brought from the mines on the “ore railway” over a pass 593 m (1 945 ft) high.

Everywhere along the much-indented west coast of Norway rear up the Scandinavian mountains. Although there are a number of convenient routes through the mountains there are relatively few contacts between the west coast of Norway and the interior of Sweden. Northern Norway is too exclusively turned towards the sea, and the economically unproductive swath of mountain country (parts of which, to the north, are still used as grazing for the Lapps’ reindeer herds) is too broad to encourage communication between the two regions. 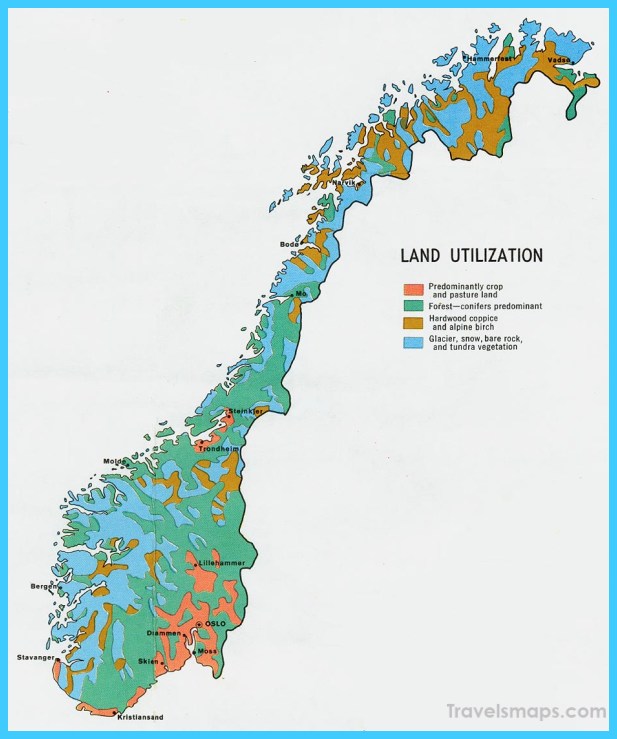 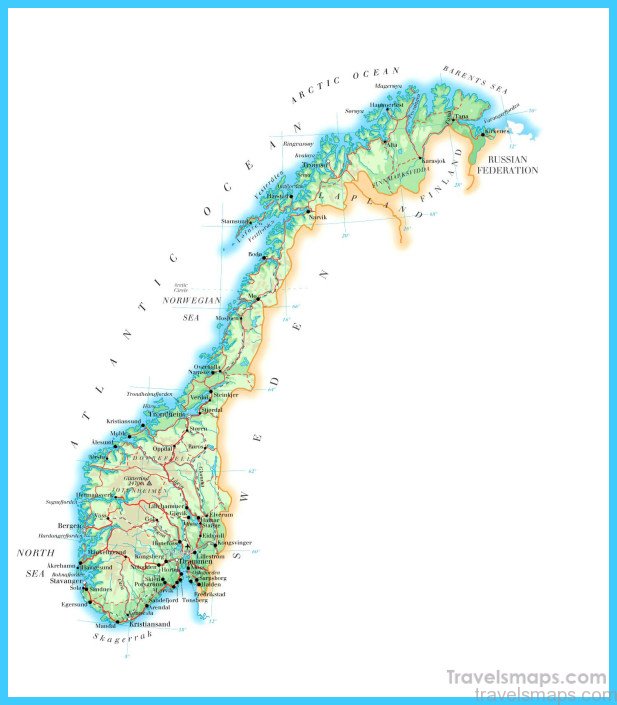