You can rent a bike for around 350 baht a day or you can rent it for an entire month for 2,500 baht or less. Do the math and – just like your accommodation – it’s much cheaper to pay per month than daily. Just be careful! If you crash the bike you’ll end up paying up to 10,000 baht fix it. And in some places, like Koh Tao, almost every single motorbike rental shop tries to scam you by charging for scratches – your fault or not. If you plan on staying in Thailand for 3 months (or longer) just buy a second hand bike.

I did this every single time I came and ended up selling the bike for about what I paid or (occasionally) even more. You can buy a cheap, used second hand bike for around 10,000 baht ($333US) or a nice one for 15,000 baht ($500US). If you do the math, instead of paying 7,500 baht renting a bike for three months – and risking paying another couple thousand when you return it – you might as well just buy a bike and then anything you get back is ‘profit’. If you’ve never owned a motorbike before there is a 50% chance you will drop it or otherwise have a minor accident. Some places are very forgiving of these things while others – especially ones that hold your passport for deposit – will charge you a lot for repairs.

An Easy Guide on What to Pack for Thailand 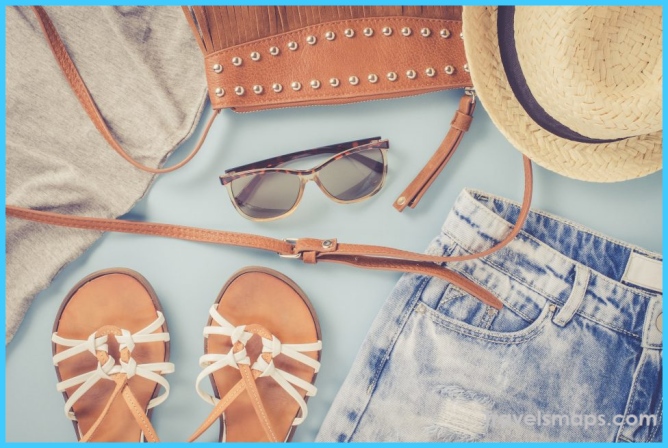 What to Pack for Thailand: the Ultimate Packing List