You can either bring your gear from home or buy a new set here in Thailand. Here you’ll get authentic, high quality, handmade Thai equipment for a good price. The cheapest place to buy gear in Thailand is in Bangkok, at Action Zone or at the Boon store. In Phuket, go to the Phuket Fight Store, which is half way between Tiger Muay Thai and Phuket Top Team. In Chiang Mai, there is a tiny Twins Shop in the Night market, also a stall that makes custom Muay Thai shorts for 750 baht ($25US) on the same side of the street (to the right if you’re coming out of the Twins shop) and a small shop next to the Loi Kroh market that has a bit more selection. Santai Muay Thai also has a gear shop at their gym where they sell Fairtex stuff . Bangkok has the cheapest prices by far with Phuket second. Even though everything else in Chiang Mai is dirt cheap, the Muay Thai gear isn’t – as there isn’t much competition or volume there – except for the custom fight shorts.

Mouth guard – This is the most important piece of gear for sparring and fighting. At the very least, get a cheap boil-in-hot-water one. Personally, I invested around $90US in a custom molded, dental quality one. If you are going to fight seriously – get one! Your teeth are important and if it wasn’t for my high-end mouth piece, I’m almost positive I would have lost some teeth in my last fight, where I got elbowed in the mouth a few times. One benefit of a custom mouth guard is being able to talk more clearly while it’s in verses cheap ones; this comes in handy during sparring, in between rounds. Another big benefit is that it makes it a lot easier to breathe, too, as it doesn’t fall out when you open your mouth; you can take those big breaths even with it in. This really helped me when I got a bloody nose once, in the middle of a round, and had to breathe with my mouth instead of through my nose. Gloves – Get two pairs if you can. A pair of 16oz gloves for sparring and a pair of 12oz gloves for bag and pad work. If you’re a girl or guy less than 60kg, 14oz gloves are fine for sparring but for most guys it’s unfair to your partner if he’s using 16oz gloves and you’re in 14oz. It’s easier to accidentally injure your sparring partner in smaller gloves, especially if you aren’t in control of your emotions, and you’ll punch faster and harder than the guy in 16oz. The reason to get lighter gloves for pads and bags is because you end up having bad form when your gloves are too heavy – especially when you get tired.

My favorite brand, by far, is Fairtex. I spent a week using different brands of gloves including Twins, Boons, and Top King and ended up liking the Fairtex ones the best. I trained in a high-end pair of Everlasts the first six months and they fell apart. Whatever you end up getting, though, make sure it’s leather and not synthetic. Shin guards – Fit is extremely important, so make sure you try them on; you want them tight as one of the biggest annoyances is having to adjust them while you’re sparring – both for you and your partner. These are used solely for sparring. You’ll look like an idiot using them to kick pads or the bag! If you are a beginner and you have sensitive shins just kick lightly for the first month and it’ll naturally toughen up. Muay Thai ligament oil and ice helps as well.

Hand wraps – My favorite are a pair of 180” Mexican hand wraps from Ringside that my friend, Jason, gave me that finally wore out after two years. Now I’m using a pair of Revgear elastic hand wraps, which I heard may be from the same manufacture. The benefit of elastic is, without it, often one hand will feel tighter than the other – with elastic you don’t get that problem. I also have a pair of Throwdown wraps that are too narrow and not very well made – I do not recommend those. Also, make sure you hang your wraps every day (after training) to dry, and make sure you wash them at least once a week.
Muay Thai shorts – While it’s possible just to wear normal workout shorts during practice, it’s part of the uniform and it’s just something you should do out of respect (and also to not look like it’s your first day of class). I recommend getting a pair made out of traditional satin which is what most brands in Thailand use. For three years now, I still wear (on a daily basis) my first pair of Muay Thai satin shorts, made by Intern, and they still look great. A pair of Muay Thai shorts bought in America was made out of Nylon and they are terrible. First, most Nylon shorts are see-through (I don’t wear underwear under my shorts) and second, they get really hot and clingy when you sweat – go with Satin to be safe. Mesh duffle bag – It’s a good idea to bring a lightweight, breathable, mesh duffle bag to put all your gym equipment in. Even if you live at (or near) the gym, it’s much easier to keep all your belongings in one place to carry gloves, shin pads, bottles of water and everything else you’ll need. 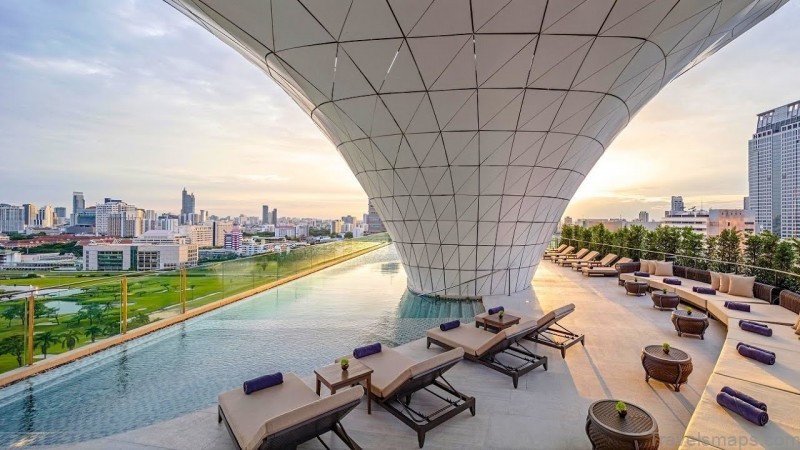 How Much Does it Cost to Visit Thailand?