Green, flat pastures of endless pampas and culture of the nomadic gaucho cowboys are perhaps the images that are most commonly associated with Argentina. Aristocratic life of cattle estancias in the country completes the romantic picture, and guests of estancia “La Portenya” can easily imagine this lordly life of another era, when immersed in Argentine history, myths and literature. Luxury travelers to Argentina would often want to partake of polo, either as a player or as a spectator at the glamorous Argentine Open.

“La Portenya” is owned and operated by Ricardo Guyraldes, international polo star and grandnephew of the famous Argentine novelist of the same name, whose books about life Gaucho Land (including Don Segundo Sombra) made icons of these otherwise tough in real life hands.

Built in colonial style “La Portenya” is boarding on 2000 acres by the passion of its owner to polo (no one play polo as Argentina) and his team of eight polo ponies transformed ranch into a destination for wealthy amateur players from around the world. The names like Facundo Pieres and Adolfo Cambiaso works as magnet to amateur polo players and fans. The fans are one who drove local business, and now there are plans for a luxury hotel by Grace Hotels- the Grace La Dolfina.

The evolution of polo is closely connected to Argentina as its spiritual home. The Argentine Polo Open championship is held in Buenos Aires every year.

In the Estancias of Buenos Aires in Argentina the horses are mainly used for working with livestock, but also for pleasure and travel. Horses contributed a lot to the formation of the Argentine polo ponies. Mix between Creole and thoroughbred horses make excellent ponies for the sport. National rodeo competition known as “paleteada” and includes a team of two horses and two riders chase at full speed steer from both sides. It is sandwiched by two riders who need to take it off the ground within the 60-meter-defined path without transgressing it all the time. This competition is a marvelous demonstration of control, hunted animals can literally be lifted and placed where needed.

Those who do not play may prefer to walk around the marked trails in the woods or visit the nearby San Antonio de Areco whose famous museum dedicated to the novelist and Guyraldes legend Gaucho Land. This quiet village is known for its talented work inspired by Gaucho Land jewelers and silversmith craftsmen. 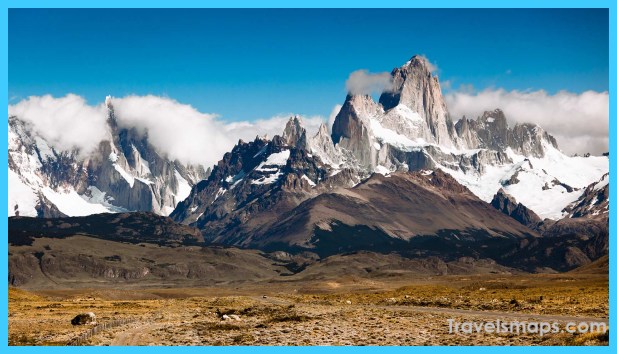 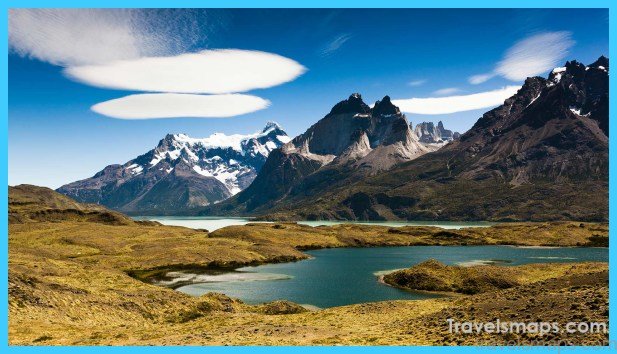 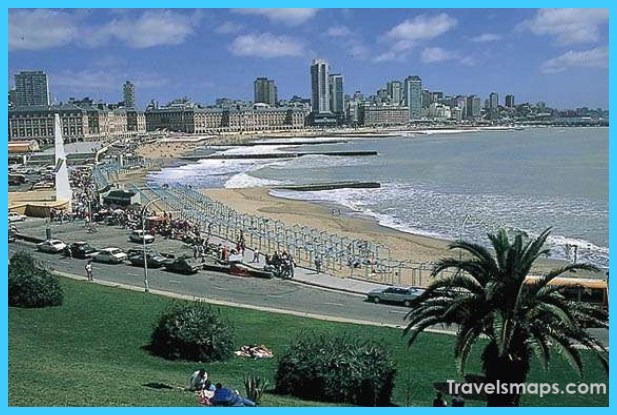