At sunrise during winter, thousands of snow geese fill the skies over Pocosin Lakes

Let me see if I have this right. I’m writing a book about North Carolina, highlighting thirty or so backroad routes that exemplify the state’s storied history and scenic beauty and I’m doing it all in 160 posts? Have I lost my mind?

Don’t I know that North Carolina has the second-largest road system in the nation? And that most of these qualify as backroads? Or that the state’s rich history extends all the way back to the colonial era, when North Carolina became the first state in the union to authorize its delegates to vote for independence from Britain? Or that North Carolina witnessed decisive battles during the Civil War and, later, man’s first flight in a powered machine? Or that North Carolina’s physical geography ranks it among the most biologically and aesthetically diverse places in America? Surely I remember that miles of pristine beaches and barrier islands line one end of the state, while rugged mountains tower on the other end?

I have lived in North Carolina for nearly half a century, during which time I have seen and experienced enough of my home state to fill a library of books. The idea of attempting to cull all of these attractions down to fit into a 160-page book was tough at first. But I finally decided to make this book a showcase for my beloved Tarheel State. Although I would have preferred to have had room for 1,000 pages and 750 photographs, I am confident that even the most seasoned North Carolina traveler will find something new and exciting in these pages.

I chose the routes based on scenic amenities, interesting history, general nature, and, admittedly, some of my quirks. I don’t like heavily populated areas, but in some cases I felt it appropriate to include them, such as with Wilmington in Route 29. I refused to include the road from Cherokee to Clingmans Dome in the Smokies, even though it offers exceptional scenery; I’ve been caught in enough bumper-to-bumper traffic on this highway to skew my judgment forever. Yet I included the Blue Ridge Parkway, even though it receives the most visitors of any unit in the National Parks system. The parkway is not crowded during most of the year, and with some 250 miles of the roadway in North Carolina, you can find relative solitude somewhere at any given time, even during the height of tourist season. Besides, part of the appeal of the parkway is that it provides access to many other scenic areas, many of them little visited.

Each route includes driving directions and an overview of its highlights. The distances stated in the directions are rounded to the nearest mile. Because it is impossible to describe all of the excellent features of any one route, I try to provide descriptions that will entice you to seek out more information. Unexpected discoveries await you on every route. While therein lies part of the appeal of driving a backroad, there is some advantage in doing a little research ahead of time. At the very least, bring along a good road map. The maps and directions provided in this book are meant only as a general guide. I recommend DeLorme’s North Carolina Atlas & Gazetteer as a primary road map.

The routes range in driving length from 15 to 180 miles, but mileage often does not indicate travel time. You can drive any route in the book in a half day or less, but why would you want to? The shortest route, on Roanoke Island, would take about thirty minutes if driven straight through, but it would take a long weekend if you experience all it has to offer. Most routes are best driven at certain times of the year, and some require you to visit at several different times to reap their benefits. For instance, wildflower season in the mountains runs from mid-March to October. You should take a road trip in April to see the spring ephemerals and another in midsummer to see the showy roadside species.

As if this isn’t enough for you to digest before you hit the road, consider one more thing. On nearly every route, there are connecting side roads that offer sights every bit as good as the one you’re traveling. This is especially true in the mountains, where practically every road is a scenic byway. Don’t be afraid to explore off the main route.

My lifetime of exploring North Carolina from the mountains to the sea has provided me so many sights, experiences, and memories that I will never be able to express them all. I am hopeful that in Backroads of North Carolina I have provided you with the spark you need to begin your own journey of exploration across the Tarheel State. I promise you that you will never become bored with North Carolina.

Time to hit the road.
The 1910 Old Red Bridge crosses Spring Creek in Hot Springs.
Lichen-covered rocks create an interesting foreground to this early-morning view from
Round Bald in the Roan Mountain Highlands. 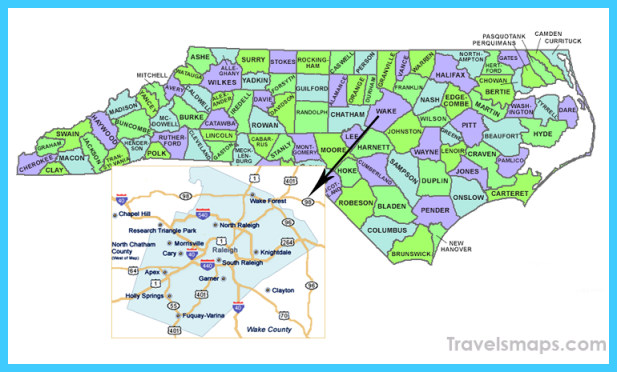 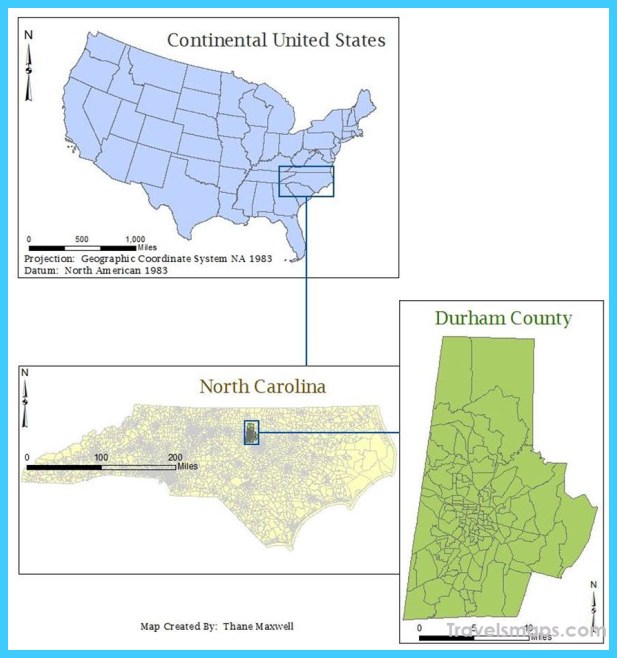