Want to guzzle calories, tone your bum and boost your health? It’s time to start taking the stairs!

Do You go for it at the gym only to wait for the lift when you get back to the office? Or maybe you regularly ride the escalators on your daily commute? It’s Time for a rethink! Skipping the stairs means you’re missing out on a seriously good workout, and one of the easiest ways to beat the accumulated effects of sedentary lifestyle. In fact, shunning the lift and walking your way up to the nextfloor could even extend your life.If you’re not convinced stair climbing is good for you, perhaps this will change your mind. Research shows taking the stairs burns about seven times more energy than hopping into a lift.Surprisingly, per minute, climbing those steps burns even more calories than jogging. And if those stats aren’t enough,two minutes of extra stair climbing a day is enough to stop average middle aged weight gain, while seven minutes has been estimated to more than half the risk of a heart attack over 10 years.

And your efforts can quickly add up to big benefits. ‘A 45-year-old woman, weighing 75kg who uses the stairs in the underground and then the stairs to her fifth floor office and back just twice a day will burn over 17,000 additional calories a year,’ says a spokesperson for StepJockey, the innovative app that’s on a mission to get us stair climbing through gamification.‘Because it requires you to pull your weight against gravity, stair climbing gets you fit and healthy quicker than walking.Even when you climb stairs at a normal pace, you’ll burn two to three times more energy than walking on the flatat a brisk pace.’And it’s not just climbing up stairs that helps you get trim. Going Down stairs also burns calories as well as helping build bone strength and density – vital to reducing your osteoporosis risk. It tightens and lifts your bottom, increases good cholesterol and fights work stress.It saves time too – on average it’s almost always quicker to take the stairs than wait for the lift. One IBM Smarter Building survey found that office workers in US cities waited for a combined total of 91 years for lifts!

‘Employers should be encouraging initiatives such as taking eight flights a day to help improve the lives of their workforce,’ says Stepjockey, which is why the company provides employees with an app to track stair use throughout the working environment. It can also make workplace exercise more fun by setting up team challenges or cross-department challenges to see who can get the most steps into their working day.

Try these fun, stair-based drills from Svava Sigbertsdottir at The Viking Method (the viking method.com)

1.Run up, then do wide and narrow squat jumps on the way down– do a narrow squat one step,jump down to a wide squat on the next step and so on.

2.Run up, then start at the top facing sideways. Have one leg on the top step and the other on the next step down with feet in line. Lower into a squat. Then do lateral leg raise with the lower leg. Placeit back down into the squat again, the shuffle down one step with each legend repeat. Keep low the whole time.Do it facing the other way next time.

3.Run up, then start facing sideways in a deep lunge with both legs on the same step.Jump down, landing in a deep lunge on the next step down and so on.Face the other way next time.

5Run up initially, then crawl down. Move your opposite arm to leg, so your right arm comes down one step at the sametime as your left leg. Your bottom should stay down and keep your core engaged so you’re body’s in a straight line. Crawl Back up backwards!

*Do four sets, with 30-60 seconds’ rest between each set. Check out Svava’s stair moves in action on her insta @thevikingmethod.

RESEARCH SHOWS YOU BURN MORE CALORIES ON AVERAGE CLIMBING ONE STEP AT A TIME THAN TWO AS YOU WORK OUT FOR LONGER. 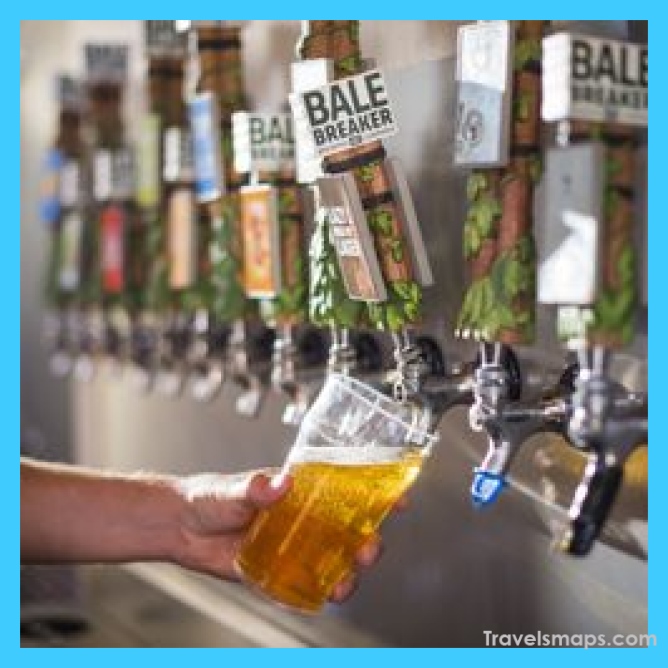