It wasn’t supposed to be this way. Back in the 1960s, someone had the idea to build a dam on the New River and sell the power to customers in the Midwest. At that time, the region had not experienced the tourism and second-home development craze. Things were pretty much the way they had always been. The thought of a dam ruining their way of life did not sit well with the locals. After a long, difficult fight with dam proponents, the people won. In 1976, Congress designated a 26.5-mile section of the New as a National Wild and Scenic River. The state planned to purchase land along the river corridor to protect the viewshed and riparian zone. Unfortunately, these plans did not materialize. Not until the 1990s did serious conservation efforts begin. By that time, commercial and residential development had impacted much of the river corridor; a few pockets were protected, but the remaining unspoiled land increased so much in value that the government couldn’t afford it.

Be on the lookout for the old and the new as you drive this route. Prominent among the old is the community of Todd, recognized by the National Register of Historic Places as a Rural Historic District. Originally named Elks Crossroads, Todd served as the southern terminus of the Virginia-Carolina Railroad until the company abandoned the line in 1933. The original train depot burned in 1920; an older building brought from Virginia still stands. Built in 1914 and later expanded, the Todd General Store”clad in the same pressed tin as other nearby buildings”still supplies locals with staple goods and tourists with trinkets. An old potbellied stove warms those attending the store’s regular storytelling and bluegrass performances.

Upon your departure from Todd, the South Fork of the New River becomes your close traveling companion. Drive slowly and watch out as you go around curves; you’re sharing this narrow road with hikers, bikers, and joggers. If you want to experience the river up close, try a canoe trip. Todd is a popular put-in point, with local businesses providing all the logistics.

As you drive alongside the river from Todd, the juxtaposition between the old and the new slaps you in the face. All the new homes and manicured lawns don’t fit in the traditional agrarian landscape. Fortunately, enough unspoiled land remains to provide a sense of place. While the original bridges along most of the main roads (main being a hugely relative term in this case) have been replaced by sturdy concrete and steel structures, a surprising number of old metal and wood low-water bridges remain. These old structures hug the water and look as if they would collapse under the weight of a car. They make great places to pull over and get a close-up view of the river, assuming, of course, the water is not running high. Canoeists know these bridges all too well. Too low to paddle under, the bridges are at the perfect height to mess up a canoe trip.

Near the end of our route, Mount Jefferson looms above the landscape to the west. Separated from the other summits in the Amphibolite Mountains, Jefferson rises above the surrounding valleys and commands admiration from all directions. The summit and upper slopes became Mount Jefferson State Park in 1956; today, the state administers the park as Mount Jefferson State Natural Area. A particularly fine example of a mature northern hardwood forest grows on the upper slopes, contributing to the mountain’s designation as a National Natural Landmark. From the summit, an easy hike along the crest of the mountain takes you to Luther Rock, which provides sweeping views of the New River valley, including much of the route you travel on this drive. No other vista offers as dramatic a sense of place of New River country.

Our route ends at the Waggoner Road access of New River State Park. The park provides camping and picnicking facilities and a nature trail that is among the finest in the mountains for viewing spring ephemeral wildflowers. After exploring the park, spend some time discovering other places of interest nearby. To the north is the historical community of Crumpler and nearby Shatley Springs, with its popular restaurant featuring family-style southern meals (calorie-watchers beware!). To the south, Holy Trinity Church proudly displays its famous fresco created by artist Ben Long. To the west, the towns of Jefferson and West Jefferson offer historical architecture and St. Mary’s Church, which displays its own Ben Long fresco. And nearly every backroad in the region offers similarly beautiful sights.

Of course, you can also continue following the New River downstream. From the Waggoner access, it is about twenty-two river miles to the confluence with the North Fork and about five miles farther downstream to the Virginia line. The nationally designated Wild and Scenic portion of the river occurs in this corridor. A spiderweb of backroads provides numerous access points, including the U.S. Highway 221 and Allegheny accesses provided by New River State Park. 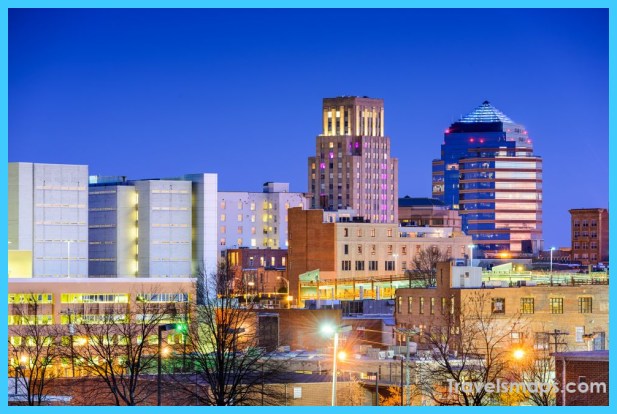 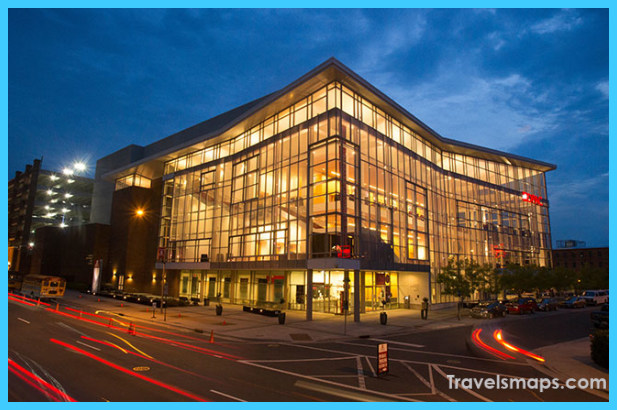 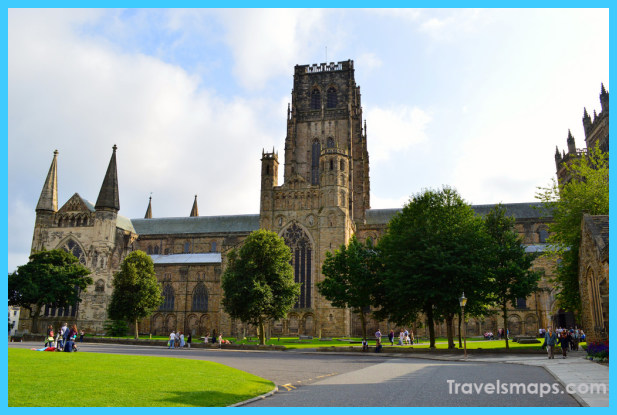 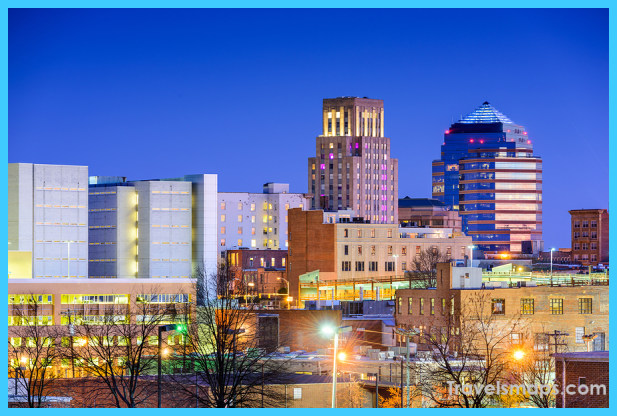 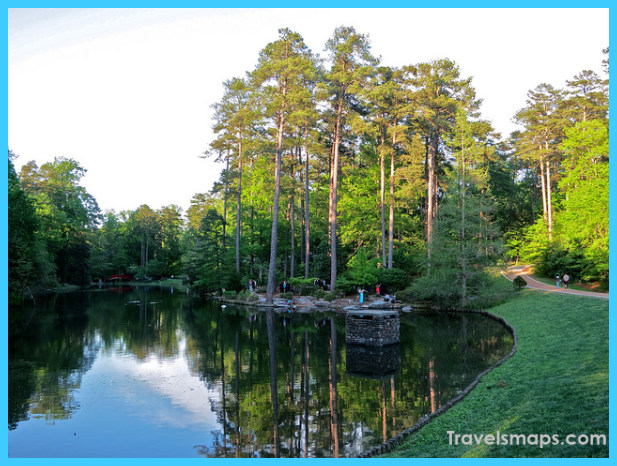 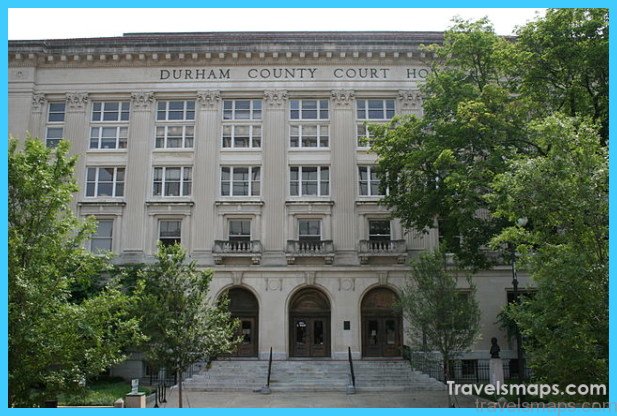 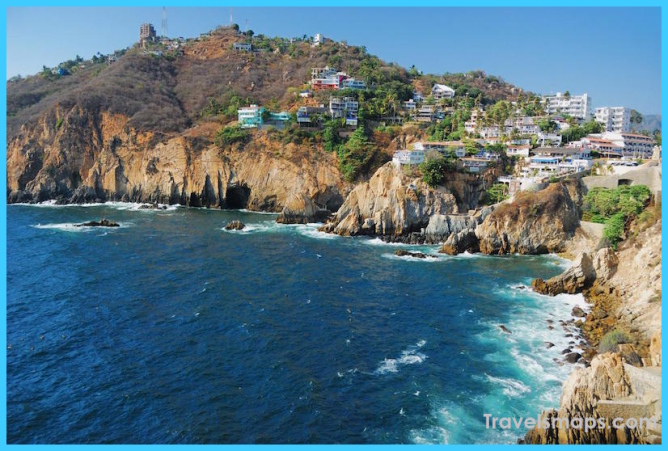