(The eastern parts, including the crypt and tombs, are only shown in parties unless you have special authorization, the guide announcing ‘Depart de la visite ’ in ringing tones as though he was announcing trains at the Gare du Nord. Although these tours are thorough enough – they last nearly an hour – it is impossible to take in so many impressions at once, and there is no chance of browsing. One is forced to the copies – where they exist – in the Palais de Chaillot. It is a great pity)

Without much fuss, the French have been building new towns – or, at least, comprehensively designed dormitories – on the edge of Paris. Sarcelles-Locheres, west of le Bourget, is the biggest of them, and a walk through it is a bewildering experience halfway between dream and vertigo. All the buildings are white and modern, all at right angles, all the streets are wide and straight, generously planted with avenues. You feel like an ant subject to some vast rectilinear discipline.


Some of the smaller buildings are elegantly done, especially a wide-eaved glass exhibition hall; and an enormous amount of care has gone into the landscape gardening – far more than we would give even in the New Towns. Yet what is the point, when the whole thing is soulless?

And then there are the bidonvilles, the squatters’ camps put down on waste ground in the uneasy no-man’s-land left by the irregular growth of the city. The first one I found is at Stains, a few kilometres south of Sarcelles-Locheres: a ramshackle muddle of sheds and shacks, roofed with felt and patched with sacking – one even has ‘a vendre ’ on it. The earthen alleys wind in and out, with wooden walkways for the more superior thoroughfares. You hear more Spanish than French, and the place does look like a roughed-up edition of the obscure villages on the cornfields around Leon. God knows what it is like in the winter; yet, built beside an unsavoury small canal, and accented by a row of scraggy poplars, it does have a basic sense of identity which is missing from Sarcelles. Somewhere between these two lies the key to making real places, and we had better find it pretty quickly. The diseases bred by the bidonvilles are easily named. Those induced by Sarcelles are just as numerous, just as dangerous, but far harder to treat.

(Sarcelles-Locheres is near the railway about 2 km east of the village of Sarcelles which is on N16 north of Saint-Denis. An avenue runs straight to it from the N16 north of Pierrefitte. The bidonville is south of Stains, on N301, almost opposite the Saint-Denis Parc des Sports. It may not be there now, but there are plenty of others.)

North-east of Ecouen, just beyond the edge of Paris, is a huge electricity substation. To serve it, the grid lines are funnelled in two colossal skeins instead of being introduced all round the clock as we would try to do. The effect, in the hedgeless flat landscape, is overpowering. Five then nine then thirteen splay-topped lines march in step from the north, twelve more from the south. They gather themselves in parade-ground regularity, then discharge their cargo to an openwork concrete frame, equally formal and rational. The whole operation is a twentieth-century equivalent of Le Notre; but it is no game: each grid line crackles away softly and the combined chorus of these electric mice is unnerving.

(Beside D10, which rims from Villiers-le-Bel to Fontenay.)

Best Place To Go In Cyprus For Families 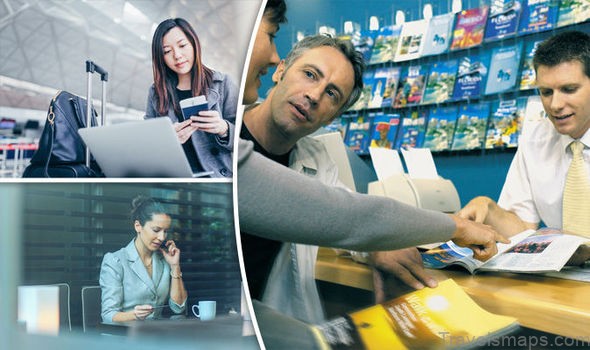