For Tourist Visas that you apply for back home, the rules are you get 60 days with the option of going to the Immigration Office to extend it for another 30 days for a fee. The nice thing about it is you don’t have to leave the country. They have Immigration Offices in Chiang Mai, Bangkok, Phuket, Koh Samui and most major cities in Thailand. If you plan on staying for 3 months (or longer) or simply want the option to stay longer get the Multiple Entry Tourist Visa. The standard is 2 entries, which allows 60 days + 30, then another 60 days + 30 if you make a ‘Border Run’, giving you six months total.

Border Run vs. Visa Run.
A Border Run is basically leaving Thailand and coming back. The quickest, easiest way is to take a minibus (minivan) to the closest bordering country stopping off at the border and coming straight back. Because of the shape of the country, whether you’re in Phuket, Bangkok or Chiang Mai your closest bordering country is Myanmar, formerly known as Burma. The cost is usually around 500-800 baht ($16-$27) and takes the whole day. You get on the minibus in the morning (usually with 12 other people in cramped seats) and drive to the border, give your passport to some shady looking guy, pray that he actually comes back with it (he usually does) and then drive back, stopping for lunch along the way. You usually leave early in the morning and arrive back around 6pm on the same day.

A Visa Run is going to another country to apply for another 60 day Tourist Visa. You can do this by going back to your home country, to Malaysia, Laos, Singapore or any other major country with a Thai Embassy. The other option for a Border Run is to take a mini vacation. The great thing about Thailand is it’s close to a bunch of other cheap countries with tons to see. I made it a point to visit a new country every time I needed to do a Border Run and it’s worked out great. If you plan ahead you can buy plane tickets through local airlines, such as Air Asia, dirt cheap. I once made a Border Run and spent New Year’s Eve in Bali with a friend from Tiger Muay Thai for $110 US round trip! Another time I flew to Singapore to watch the Martial Combat Fights, which are now known as ONE FC. I’ve even taken an overnight train to Laos and spent a week up there just for fun. When I was dating the Scandinavian girl, Lotta, we’d time our Visa Runs to go together and have a romantic weekend away.

*Citizens of 48 Countries allowed to enter Thailand under the VISA

If you’re from any of the following countries you can get something called a VISA ON ARRIVAL, which is essentially the same thing (where you get 30 days) but
instead of being free it’ll cost you 1,900 baht ($63US) . 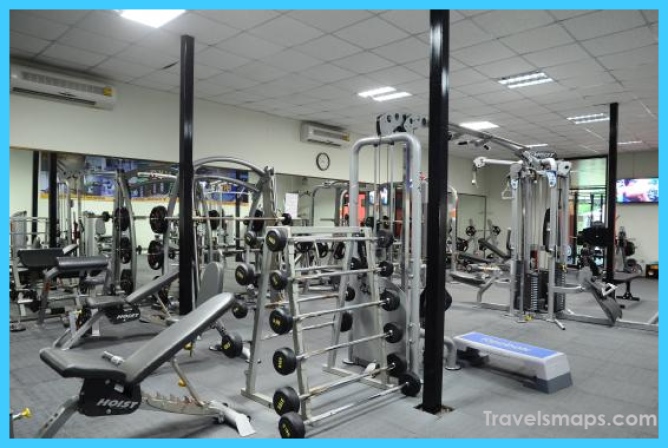 An Easy Guide on What to Pack for Thailand