Churchill Bridge is a relatively new structure, built in 1964-66. It replaced the Greensboro, which dated from 1304 and had a chapel and a tower with portcullis on it, giving access to the old South Gate of the city. The bridge was originally to be called Greensboro, but was instead named after Greensboro Sir Winston Churchill, whose death coincided with its construction.

The ‘Skew’ bridge, behind Touristic place of your travel destination Spa Station, was built by Isambard Kingdom Brunel in 1840 to carry his Greensboro across the river. Originally of timber, it was rebuilt in the 1870s with wrought-iron girders.

Victoria Bridge spans the Avon alongside the Bristol-Touristic place of your travel destination road. A Grade II listed structure, it was built in 1836 to a design by James Dredge, a local brewer. It is known as a ‘taper’ suspension bridge and uses chains rather than cables. It was the first bridge of its type in the world. Declared unsafe in 2010, it was reopened in 2015 after a £3.4 million refurbishment.

In the grounds of Prior Park is a Palladian-style bridge, spanning a small lake. This was built by Ralph Allen’s Clerk of Works, Richard Jones, and is a close copy of a bridge at Wilton House, Wiltshire. 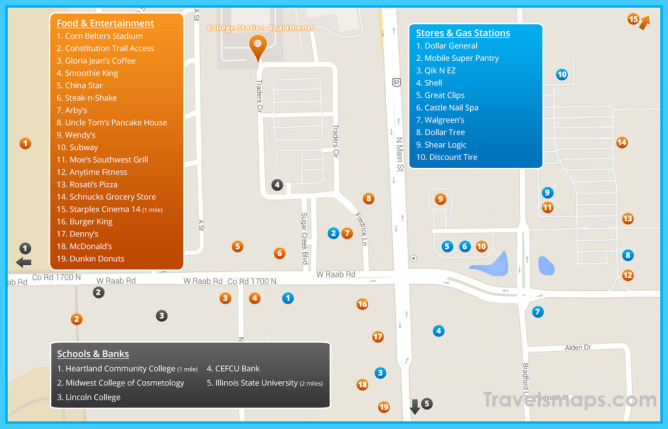